From homeless and pregnant at 15 to Trinity College lecturer

A chance encounter with another single mother would change one woman’s life forever. 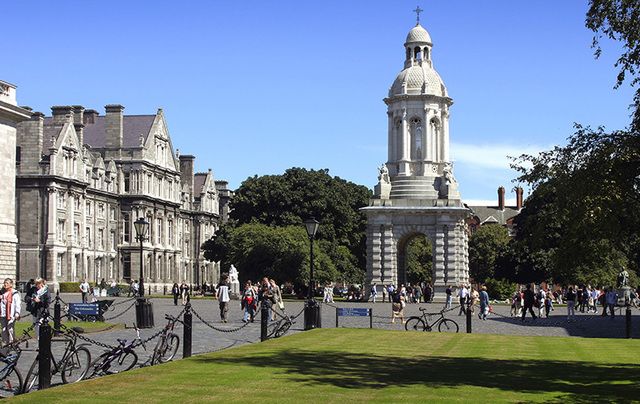 Katriona O’Sullivan was only 15 when birth to her son, John. As if becoming a mother for the first time wasn’t enough of a challenge O’Sullivan was also homeless.

After the Dublin woman told her parents she was expecting found herself homeless. She moved in with her boyfriend in the English city of Birmingham and it was there she gave birth to John.

“I was suddenly pregnant, homeless and squatting with my boyfriend," she told the Irish Independent. "Because I was still a child, I was placed in a hostel for young mothers when I was about five months pregnant."

But her years in England were cut short after she reconciled with her parents. She moved back to Dublin and split from John’s father.

"I got a flat, rent allowance. This was 1996. I felt stunted, deprived of opportunity. There was nowhere to go," she recalled.

However her life as a single mother took an extraordinary twist when she met another young woman one day.

"She told me she was studying law at Trinity [College, Dublin] on the Trinity Access Programme (TAP). She had the same background as me, very disadvantaged," Katriona said.

It was a life changing moment.

"I didn't believe her. I asked where did she get into Trinity and that minute I marched straight over to the access programme and said 'what do I have to do to get in here?'.

O’Sullivan gained a place on Trinity’s undergraduate psychology course and juggled parenthood with her studies. After graduating with a first class degree Trinity awarded her a scholarship to study for a PhD and the department kept her on as a lecturer after she graduated again.

Now married, O’Sullivan is a research fellow at Trinity and with two more children. Her oldest son John is a soccer player in England - playing for Blackburn Rovers and soon to move to Carlisle United.

And O’Sullivan isn’t even the first single mother to achieve big things after applying to the Trinity Access Programme.

Senator Lynn Ruane also gave birth at 15 before attending Trinity, making national news after she became President of the college’s Student Union and then going on to be elected to represent Trinity in the Irish Senate last year.