Getting creative in Galway City! 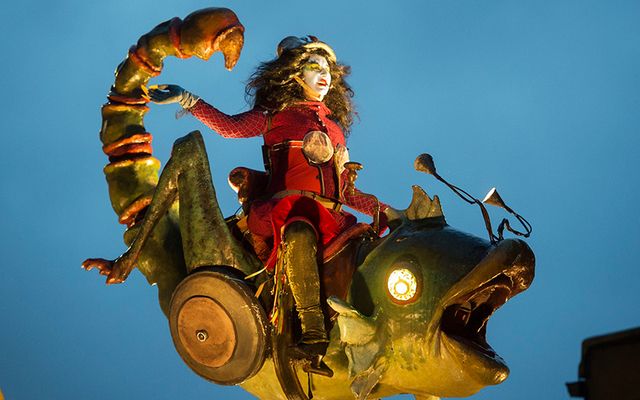 The Galway International Arts Festival is just one of the many exciting cultural and creative events taking place in Galway City. Andrew Downes

This year, government initiative Creative Ireland is highlighting some of the best projects, events, and initiatives that are bringing culture and the arts to the forefront in every corner of Ireland, and Galway City is no different.

The City of the Tribes has long been a beacon of culture in Ireland’s west where its vibrant arts, culture, theater, heritage, and music scene makes it a true destination for artists, thinkers, and creators of all kinds.

Following its recent successful bid for European Capital of Culture 2020, Galway is ready to set the bar higher once again in 2017.

Here are some of the best events and long-term initiatives you should know about in Galway City:

As part of the Galway International Arts Festival 2017, you can experience a contemporary play that uses folklore, music, and dance to tell the story of a family under pressure. Begins July 13-22.

A book festival for children in all part of Galway City's plan. Image: iStock.

Galway City Council will organize three projects in the city, which combined will form a strong platform towards enabling the creative potential of Galway’s children within their own communities. This will include a summer theater experience in two city neighborhoods, bringing an award-winning Irish language and puppet company into the city, and a dedicated book festival for children.

With Galway awarded the European Green Leaf in 2017, and Region of Gastronomy in 2018, the Galway Heritage Garden project offers a unique opportunity to refocus on the rich heritage of food production and sustainable living practiced in this country for centuries. The aim is to demonstrate how it is possible to return to our heritage of sustainable living, utilizing local natural resources and self-sufficiency in food production, as well as providing a safe haven for biodiversity.

Don’t miss the chance to sample some of Ireland’s best contemporary art at Connections Art Fair in the Radisson, Galway. Begins August 12-13.

Galway is a hive of Irish-language activity. Image: Creative Ireland.

This year, Galway City Council aims to create an Irish Language Tour of Galway for visitors to Galway City, using a number of designated sites to interpret and explain the history of the language in the city and county and to showcase its rich history and culture.

Celebrate the end of summer in delicious style at the 63rd Galway International Oyster and Seafood Festival. Begins 22-24 September.

Is there an upcoming event in Co. Galway you think people should know about? Tell us in the comment section.