Getting Creative in County Sligo! 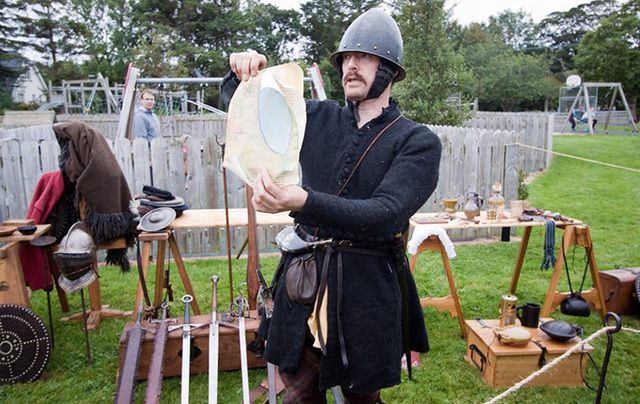 This year, government initiative Creative Ireland is highlighting some of the best projects, events, and initiatives that are bringing culture and the arts to the forefront in every Irish county and Co. Sligo is no different.

The European Capital of Volunteering 2017 and the county in which famous medieval manuscripts the Book of Ballymote, the Great Book of Lecan, and the Yellow Book of Lecan were written, Sligo enjoys its much-deserved status as the cultural capital of the northwest of Ireland. In fact, so central to the identity of the county is its literary legacy that the county crest even features an open book with Celtic cross and red rose.

Check out these events and initiatives in County Sligo, the mystical and literary land of W.B. Yeats and Queen Mebh. From music and literature to archaeology, there’s so much happening in conjunction with the Creative Ireland county initiatives and beyond.

Music Generation in conjunction with Sligo County Council Libraries will commence a weekly class for children and young people age 9+ and an accompanying adult. The aim of the program is to develop participants’ understanding of Music Literacy. Classes will introduce participants to reading and writing musical notation, listening to a variety of music, composition, music technology and more. September to November 2017.

Sligo Local Enterprise Office is set to produce a short film piece celebrating and promoting Sligo’s unique place in the Irish creative landscape, highlighting the breadth and quality of the creative enterprises spread throughout the county and how that has been developed. Launch Autumn 2017.

The Celtic Fringe Festival celebrates artists from the Celtic/Atlantic regions of Spain, England, Holland, & Scotland whose traditions were linked with Ireland through the voyage of the Spanish Armada in 1588. September 22 - 24. This year’s celebration is extra special, as it marks the launch of Archaeology Ireland’s Heritage Guide to the Spanish Armada wreck site at Streedagh, Co. Sligo.

Concurrent with the Celtic Fringe Festival will be the "Armada International Conference 2017 - A Gathering Storm – Bringing the Spanish Armada into the 21st Century and Beyond", held by the Grange and Armada Development Association, September 22 - 24 at the Clayton Hotel in Sligo. Creative Ireland will sponsor one of the speakers and specialists, who will discuss  Armada studies with a view to taking historical research and archaeological investigation forward in a collaborative and co-operative approach across the globe.

“Rise and Fall of the Landed Estates in the North West” will commemorate the place of ‘the land’ in Irish society in the Northwest of Ireland over five centuries. October 7.

What a week to be in Sligo! From August 19 - 27, the county celebrated its culture and history with a wide-ranging series of events and activities. There were chances to learn about the painter Jack B. Yeats, brother of William, at The Model Arts Center in Sligo Town; explore the history of Sligo Gaol with the “If Walls Could Talk” exhibition; be dazzled by the discoveries of Sligo archaeologist and historian Col. W.G. Wood-Martin in an exhibition about his life and findings at St. Ann’s Church in Strandhill; embark on a tour of the historic Lissadell House and its grounds; retrace the steps of a Spanish Armada captain after his fleet wrecked off the Sligo coast, and much more. A number of the events and exhibitions will extend beyond Heritage Week, so be sure to inquire locally.

Each year, the Yeats Summer School and the Tred Softly Festival give Yeats fans the chance to immerse themselves in the literature of Nobel laureate W.B. Yeats and the Sligo landscape that inspired him. This year is ran from July 20 - 29. Stay tuned for information on 2018.

Bridge over the River Moy in Banada. Photo: Geograph.ie

The small community of Banada, Co. Sligo is celebrated 20 years of community development with a day of music and poetry on July 23.

Is there a cultural event happening in Sligo you think people should know about? Let us know in the comment section.