A pint in the center of Dublin and a gorgeous barman serenading you with a beautiful folk tune. 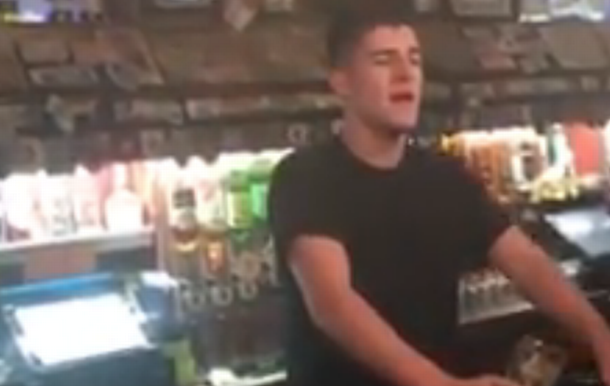 The visitors to Dublin city center's Talbot Street pub, The Celt, got quite the treat when barman, Donncha, took the leap to entertain his punters with a beautiful rendition of The Rare Auld Times one afternoon in 2019. We think you'll agree it was worth the price of a pint.

The punters at Celt certainly agreed and joined in on the chorus of the famous tune. The reaction to Donnacha's performance online was glowing, of course.

Just some of the responses included "amazing got shivers listening to this,"  "love his voice and this song,"  "brilliant he would get a crowd going," and "he is a beautiful singer."

Let us know what you think in the comments section below.

Our very own singing bar man, Donncha is back again. This time with a Dublin classic, “In the Rare Auld Times.” The Celt - One of The Fair City’s bar’s that still lives and breathes the Dublin of old ❤️

The Rare Auld Times is a song composed by Pete St. John in the 1970s for the Dublin City Ramblers.

In case you were wondering The Rare Auld Times tells the tale of Sean Dempsey, who comes from Pimlico, a working-class neighborhood in the Dublin Liberties, recalls his upbringing. He laments the changes that have occurred in the city since his youth, mentioning the loss of Nelson's Pillar, the Metropole ballroom, the "Royal" (Theatre Royal). He dislikes the "new glass cages", the modern office blocks and flats being erected along the quays, and says farewell to Anna Liffey (the River Liffey).

Here are the lyrics to The Rare Auld Times so you can sing along!

My name it is Sean Dempsey, as Dublin as can be
Born hard and late in Pimlico, in a house that ceased to be
By trade I was a cooper, lost out to redundancy
Like my house that fell to progress, my trade's a memory

And I courted Peggy Dignan, as pretty as you please
A rogue and a Child of Mary, from the rebel Liberties
I lost her to a student chap, with skin as black as coal
When he took her off to Birmingham, she took away my soul

The years have made me bitter, the gargle dims my brain
Cause Dublin keeps on changing, and nothing seems the same
The Pillar and the Met have gone, the Royal long since pulled down
As the great unyielding concrete makes a city of my town

Fare thee well sweet Anna Liffey, I can no longer stay
And watch the new glass cages that spring um along the Quay
My mind's too full of memories, to old to hear new chimes
I'm part of what was Dublin, in the rare ould times.

Have you ever had an experience like this in Ireland? Let us know in the comments section below.