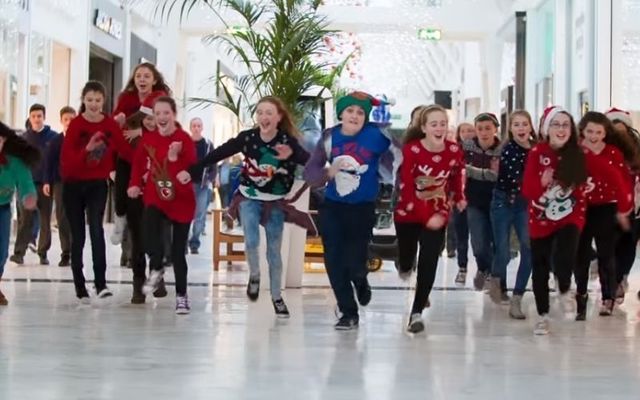 You may even pick up some Christmas songs in the Irish language (Gaelic) with these easy tunes!

Having covered various pop tunes as Gaeilge (in Irish), such as Avicii's “Wake Me Up” and Macklemore’s “Can’t Hold Us”, the folks at TG Lurgan turned their hand to some festive cheer in 2015 by getting out and singing to the public.

The young students from Coláiste Rath Tó and Scoil Neasáin did them proud with their Christmas tune medley and a fun video - getting the best of some older bullies and taking over an entire mall with Christmas cheer! Check it out:

TG Lurgan put together Irish versions of popular songs, including hits such as Adele's "Rolling in the Deep", to aid people trying to learn Irish. They say their songs are a great way to learn, and singing along the lyrics of popular songs is an enjoyable, not to mention a very effective, way of improving your Gaeilge. So put on your headphones and give it a go!

Not only is it a great way to learn Irish but in our opinion, the kids sound great.

Here’s a playlist of all of TG Lurgan’s great videos:

In 2016, they returned with some great covers, even featuring on their very own TV show on Irish-language station TG4, where we got the chance to learn more about the incredibly talented students that not just feature in the videos, but who attend the summer camp with other amazing non-musical talents.

Here's a nice taster of all the show had to offer:

And some of their best videos from 2016: