By all standards, 2020 was a strange year. Following the global pandemic, people had to learn how to readjust to life with social distancing in mind, reaching out to online communication to keep some sense of normalcy.

In partnership with
Trading Platforms 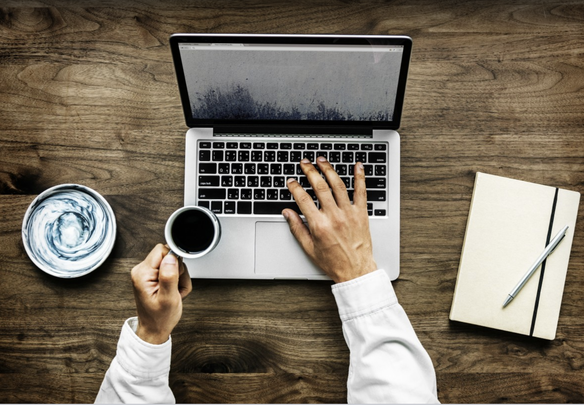 TradingPlatforms.com, some of the biggest trading platforms in the world are doing incredible! PxHere / CC

Although under different circumstances, life kept moving around the globe. These lifestyle changes affected many areas of life, with one of them being trading.

While it might come as a surprise to some, according to data by TradingPlatforms.com, some of the biggest trading platforms in the world are doing incredible! People everywhere seem to have developed an interest in trading, giving these platforms a record-breaking growth of new customers.

Key reasons for the increase in new customers

As you probably already know, nothing is ever as simple as a single major event causing these kinds of changes. The increase in the number of new traders on popular online trading platforms is most likely the result of multiple factors that have not only spurred growth individually but interactively as well. The most striking key factor that may have played a big part here is the COVID pandemic. Due to lockdown measures, millions of people had a lot of free time on their hands. Naturally, this might have inspired some to take part in a new activity such as trading.

A few other big reasons that have affected this mass growth include cryptocurrency trading, stock market volatility, and the recent increased demand for commission-free trading. Of these, the crypto sector rally at the end of 2020 may have had been the most impactful. Unlike the Bitcoin and cryptocurrency rally in 2017, this rally was primarily inspired by institutional investors who opened accounts with trading platforms to get their hands on market gains. As expected, they were followed by retail investors, hoping to cash in on the opportunity while they can.

It comes as no surprise to see that the most growth comes with platforms considered to be the best trading platforms UK, and worldwide. The first insights come from a name you’re already familiar with – eToro. The insanely popular social trading platform experienced the most growth of all, raking in around 5 million users in 2020. Compared to numbers from the previous year, which rounded out to about 13 million users, it achieved a 38.46% increase! Similarly, Robinhood wasn’t far behind, managing to add 3 million new users, which brings a 30% increase from the previous year.

While other popular platforms didn’t snag numbers as high as these, they also saw great success on this front. 1.05 million new users opted to join Plus500. Capital.com registered a staggering increase of 236.83%! Interactive Brokers saw 385,200 new users join the platform in 2020. A shockingly high number comes with Freetrade. The platform saw a growth of 361%, an increase to its user base by 235,000 users! IG and E*TRADE also experienced significant growth of 484,315 and 239,600 users, respectively. All of these numbers are a far cry from figures from previous years.

Wallstreetbets saga and further growth in the future

Unless you haven't been keeping up with current events, you’ve probably already heard of the WallStreetBets Saga by now. Thanks to actions taken by users on the popular social media platforms Reddit, particular stocks are hitting all-time highs. The prime targets of these few Reddit groups are stocks such as AMC and GameStop. Unsurprisingly, these stocks have now sparked interest with potential investors after their sudden surge. As a result of this, trading platforms are expected to see even more growth in the current year, something we’re all dearly excited about!

If you feel like all of this sounds a bit far-fetched, a quick look at the online search trends of related terms might convince you otherwise. In the week between January 24th and January 30th, the term 'Stock trading app' saw a ten-fold increase in popularity on Google search in the US. Globally, the phrase experienced an eight-fold increase. Surprisingly, the country that registered the highest popularity score of 100 was none other than Iceland! Canada was not too far behind with a registered popularity score of 47, with the United States right behind it with a popularity score of 44.