This year, Oscar speaks with an Irish accent 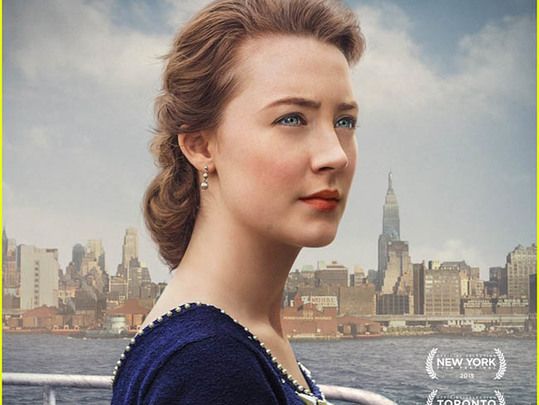 When Oscar speaks, everyone stops to listen. And this year, Oscar is speaking with an Irish accent.

And, millions of people who contributed to the unprecedented $2.02 billion worldwide box office of Star Wars: Episode VII – The Force Awakens (which has five nominations itself) enjoyed the sight of a breathtaking Irish landscape at the film’s cliff-hanger conclusion.

On screen and behind the scenes, Ireland’s presence in the film industry has never been stronger. This momentum continues to build in 2016.

The popular SXSW festival in Austin, Texas, will feature Sing Street, the new Irish film from the stable of Once and Begin Again director John Carney. It recently premiered at the Sundance Film Festival in Utah in January to an enthusiastic reception. The Irish street theatre company MACNAS will perform live for #IrelandOn6thSt, a Pop-Up Theatre Spectacular of the best of Irish creativity and innovation on March 12.

Back home, production continues to flock to Ireland. In addition to Skellig Michael, the stunning UNESCO-designated site featured in Star Wars: Episode VII, Episode VIII is expected to feature more of Ireland’s magnificent landscape, including The Wild Atlantic Way. Disney and JJ Abrams have embraced the magical Irish scenery and shown it at its best – and Ireland provides ample incentive for other filmmakers to do the same.

Many productions took advantage of Irish incentives and filmed in country in 2015, including popular televisions series like Vikings and Ripper Street. Ireland has a strong base of producers and co-production talent, resulting in successes such as the award-winning series The Tudors, made at Ardmore Studios. Ardmore boasts a fully-fitted, 30,000-ft2 studio and employs around 500 people at any one time. It has five sound stages comprising 40,000 ft2. Other recent productions of note from Ardmore include Moone Boy and Penny Dreadful.

Another exciting development in the studio space is the recent arrival of Troy Studios in Limerick. Troy is outfitting three new studios in a former Dell 350,000-ft2 manufacturing site adjacent to the University of Limerick. This new studio will be operational in mid-2016 and will be a major catalyst in positioning Limerick as a world center for film.

Limerick is already the home of the Richard Harris Film Festival, honoring its famed son. Harris enjoyed numerous career successes, including the film The Field, based on the book by famous Irish playwright John B. Keane.

Limerick has a deep tradition in the arts and is home to the National Chamber Orchestra as well as many internationally renowned graduates from its College of Art and Design, where fashion design and costume go hand in hand. Limerick University and the Limerick Institute of Technology also equip graduates with many relevant software and IT skills that complement the digitization of the film industry and support the convergence of technology with the creative. Limerick’s other proud son of television fame, Terry Wogan, undoubtedly would be very proud of where his hometown is headed in the next generation of film and associated creative industries.

Ireland has prioritized building a credible talent pool to support the creative industries. Ballyfermot College of Further Education in Dublin has been the source of many of Ireland’s leading animators, including Paul Young, one of Cartoon Saloon’s founders. Companies like Cartoon Saloon and Brown Bag Films have won international acclaim and brought additional recognition to the Irish film industry as a whole.

In mid-2015 Brown Bag attracted the attention of Canada’s 9 Story Media Group, resulting in an acquisition. The company offers an impressive slate of work, including Give Up Yer Aul Sins, Octonauts, Henry Hugglemonster, Granny O’Grimm’s, Sleeping Beauty and Disney’s Doc McStuffins. Its animated content combines the best in class CGI and 2D technologies. The fourth series of Doc McStuffins, produced by Brown Bag, has enjoyed global success and won many awards, including the Outstanding Children’s Program at the 46th National Association of Advancement of Colored People (NAACP) Awards.

For its part, Cartoon Saloon is no stranger to awards attention, with Oscar nominations for The Secret of Kells in 2010 and Song of the Sea in 2015. Its Skunk Fu, an animated TV series, has been broadcast in more than 120 countries globally. Online viewing and on-demand services have brought new opportunities to Cartoon Saloon as it has transitioned through technology to a digital studio deploying cloud services and working across delivery channels. Puffin Rock, narrated by Chris O’Dowd, is a major success through a global deal with Netflix. Additionally, Angelina Jolie has worked with Cartoon Saloon as an Executive Producer on The Breadwinner.

Ireland’s impressive production capabilities extend to Dublin as well. JAM Media engages children through immersive storytelling content, including work on Roy, one of its best-known characters. John Rice, JAM’s founder, not only based his company in Dublin – he also is a graduate of Dublin’s famed Ballyfermot Senior College. With industry recognition such as IFTAs, BAFTAs and a Royal Television Society Award, JAM has enjoyed great success. The Irish government has contributed to the company’s ongoing efforts with subsidies and support from the Irish Film Board (through Section 481) that has helped the company scale and establish its position as a leading content producer. Also in Dublin is Windmill Lane Studios, of U2 fame. Headed up by film pioneer James Morris, Windmill Lane offers a leading, state-of-the-art audio visual studio in the heart of Dublin’s Silicon Docks, keeping innovative company with neighbors like Facebook, Google, Airbnb and Twitter.

There is no doubt that Ireland is proving itself as a lucrative location for film business and a hotbed for creative and technical talent. You can expect to see more of Ireland in the coming year – on screen, in the credits and in the winner’s circle.

Barry O’Dowd is Global Head of the Emerging Businesses Division at IDA Ireland. IDA is Ireland's inward investment promotion agency, and is a non-commercial semi-state body promoting Foreign Direct Investment into Ireland through a wide range of services. Prior to his current position Barry headed IDA’s Pharmaceutical and Biotechnology Division. Currently 9 of the World’s Top 10 Pharmaceutical and Biotechnology companies have businesses located in Ireland and Barry led an IDA team which had these as customers. Barry did his Master’s program in Trinity College Dublin in Strategic Management and is a Barrister of Law. From 2002 - 2005 he and his family lived in New Jersey whilst he worked with AkzoNobel.