The richest Irish man alive: Bet you don't know who he is 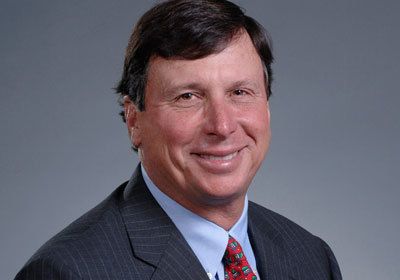 So who are the 10 richest Irish people in the world? Read on and find out!
1. James Kennedy $4.5 billion. Atlanta, Georgia
At just 47, Kennedy is Chief Executive of Cox Enterprises and is the grandson of James Cox, founder of the massive media company. Kennedy inherited 25 percent of the company after his grandmother died in 2007. Kennedy has roots tracing back to Wexford, and he is an active member in at least one Irish charity.
2. Pauline MacMillan $3.6 billion. St. Louis. Missouri
75-year-old MacMillan inherited the Cargill Company, a large producer and marketer of food and agricultural products. She is allegedly amused that her last name comes from the Gaelic, Mac an Maol Fear which translates as “son of the bald man”
3. John Dorrance III $2.3 billion, Dublin, Ireland
Dorrence III is the grandson of the Campbell Soup Founder. The 62-year-old inherited this massive fortune and had a lucky escape, according to Forbes. The billionaire sold off a majority of his stock right before the market tanked recently. He lives a quiet life in Dublin, which is rumored to be in avoidance of U.S taxes. Dorrence is an active voice in preserving fox hunting in Britain.
4. Denis O’Brien $2.2 billion. Dublin, Ireland
O’Brien is an Irish entrepreneur. His company Digicel is one of the largest cell phone companies in the world. The 50-year-old is a noted philanthropist, and a member of The American Ireland Fund. When rioting occured in Haiti last year, looting of O’Brien's phone stores was avoided due to the goodwill towards him in the community, where much of his business is based. The Digicel Foundation Haiti has so far achieved its objective of building 20 schools for 7,000 children.
5. Patrick McGovern $2.2 billion New Hampshire / Boston, Massachusetts
McGovern founded the International Data Group in 1964, a company that includes subsidiaries in technology publishing, research, event management and venture capital. The 71-year-old’s company now controls 300 magazines and 450 websites with sales of $3.2 billion. A trustee of MIT, McGovern is a frequent visitor to Ireland.
6. Charles Dolan $1.7 billion. New York
Dolan is the founder of Cablevision and Home Box Office (HBO), which he later sold to Time Warner. The 82-year-old is the former Board member and honoree of the American Irish Historical Society. Dolan’s son James son runs the New York Knicks and New York Rangers.
7. Dermot Desmond $1.5 billion. Dublin, Ireland.
This 58-year-old Irishmanwas the brains behind the International Financial Services Center (IFSC) in Dublin and founder of NCB Stockbrokers. Desmond is the owner of London City Airport and a majority owner of Celtic soccer club. Desmond is known as ‘The Kaiser” because of his ever-present walrus moustache.
8. Kenneth Griffin $1.5 billion. Boston, Massachusetts
This 40-year-old is the founder of Citadel Investment Group, one of the world’s largest hedge fund managers. He remains CEO and President. His portfolio was down $2.2 billion in the last twelve months. In 2006 Griffin purchased a Jasper Johns painting for $80 million.
9. Sean Quinn $1.5 billion Fermanagh, Northern Ireland.
The 61 year-old Quinn would have been higher on this list until recently. Quinn is down $4.5 billion in the past 12 months after a disastrous investment when he bought 25 per cent of Anglo Irish Bank in Dublin – now nationalized. Quinn founded the Quinn group, which specializes in radiators, plastic, glass factories.
10. John Malone $1.5 billion Denver, Colorado
Malone is head of Liberty media and co founder of TCI Cable Company, which he sold to AT&T in 1999 for $54 billion. A shareholder in Motorola and Atlanta Braves to name but a few, Malone recently acquired shares in Sirius Satellite radio. Malone is a former honoree of The American Ireland Fund.