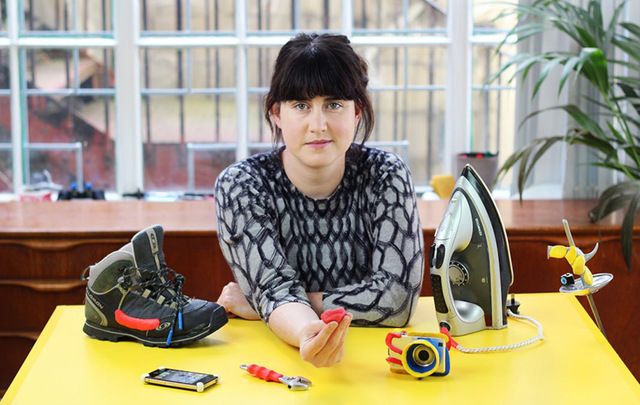 The UK-based firm announced in March that it was aiming to raise at least £1.5 million from the public in an equity crowdfunding drive.

The money, raised through online investing platform Crowdcube, will be used to support the company’s expansion overseas, as well as for new product innovation.

The £2 million raise again shows investor appetite to pile into Sugru, which makes a mouldable glue that sticks permanently to materials like ceramic, glass and metal.

It is the second time that the company has been oversubscribed for a Crowdcube funding round, with the latest capital-raising push valuing the firm at £35 million (€41 million) based on the 5.7% equity sold.

It raised more than three times its planned investment in the campaign and smashed existing equity funding records for the platform.

Sugru inventor and CEO, Kilkenny woman Jane ni Dhulchaointigh, said that she was delighted with the new equity raise.

“We’re thrilled and excited to have so many new investors on board for the next phase of growth,” she said.

“The team has worked incredibly hard to make this a success, which is no mean feat considering the level of work currently going into our global retail expansion and launch plans for the new formulation.”

Sugru’s product is waterproof when cured and works at temperatures from well below freezing to above boiling point and can be used as a sealant, as an adhesive or for rubberised grip.

Ní Dhulchaointigh previously said that her idea to create a a sort of “space-age Play-Doh” – something which was easy to use and could fix almost anything.

Investor information published by Sugru as part of its most recent campaign showed that it made an operating loss of £2 million in 2015, up from about £1.1 million the year before.

It is predicted that the firm will become profitable in 2018 and that it will record a profit of almost £4 million in 2019.

The company recently doubled its manufacturing space in London, where it employs 70 people.

It recently debuted in France and South Africa, and the company now plans to launch this year in Canada, Australia and New Zealand “whilst extending its reach in Europe”.

This article originally appeared on Fora.ie and appears courtesy of The Dublin Globe. Visit their website for more stories on Dublin's tech scene and startup ecosystem.