Dublin-based AI startup Voysis made an exciting announcement this week that it has hired Ian Hodson, who formerly led Google’s global text-to-speech projects. 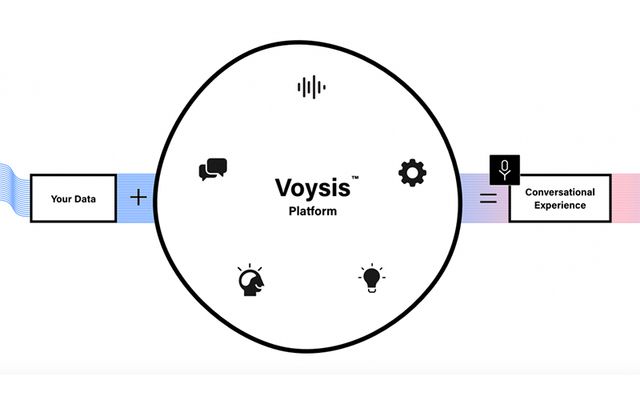 Dublin-based AI startup Voysis made an exciting announcement this week that it has hired Ian Hodson, who formerly led Google’s global text-to-speech projects.

Hodson will join Voysis in the role of Distinguished Architect where he will focus on product, strategy, and R&D.

For those who aren’t aware, Voysis was founded by Peter Cahill, a Ph.D. who has dedicated 15 years to speech technology and neural network research. The company’s platform utilizes speech recognition, natural language processing and understanding, deep learning, and text-to-speech capabilities, all of which were developed in-house. The company’s HQ is in Dublin and there is also an office in Boston.

When it comes to voice technology, the arms race is well and truly on and Voysis is in a prime position to be a key competitor for the likes of Amazon and Google.

Voice-recognition may have been slow to mature but it’s very much at the forefront of everyone’s mind in the tech world at the moment. Amazon might be leading the way with its voice assistant, Alexa, but companies like Voysis are hot on the tech giant’s virtual heels already.

Apple, Google, Samsung and Microsoft have all longed to offer the all-encompassing tech solution for customers across all devices, connecting everything from your heart rate and health stats to your payments and calendars. Incorporating voice-recognition technology into these devices just makes sense but it has to work seamlessly so the trophy is still up for grabs in that regard.

After raising $8 million from Polaris Ventures earlier this year, Voysis has poised itself in a great position to focus on advancing the platform and working to transform verticals, like eCommerce, self-driving cars, computing, and much more.

Hodson will play a key role in helping the company position itself as an industry leader, having over 20-years experience in the area.

“Ian is renowned for his domain knowledge and mentoring skills and is regarded by many leading scientists and engineers in this space as the very best at what he does. Ian’s breadth of in-domain experience at companies both small and large will no doubt have an impact on all aspects of the company,” said Peter Cahill, CEO and Founder of Voysis.

Most recently, Hodson led the Google Text to Speech team following the 2010 acquisition of Phonetic Arts, where he was a co-founder and Vice President of Engineering. At Google, Hodson was responsible for integrating the team and technology into Google’s voice services and led all recruiting efforts for the team for over a five year period. Previously, Hodson worked as a Group Manager at Nuance, where he led the post-acquisition integration of Rhetorical Systems where he served as VP of Software Engineering.

“Given my career to date, I have a deep appreciation and respect for the magnitude of the challenges that companies across all industries face in a ‘voice-first’ world. I joined the Voysis team because of the company’s impressive understanding of these challenges and its platform approach, which uniquely positions them to deliver,” said Hodson. “I am thrilled to join the team and be a part of making Voice AI accessible to companies across all verticals.”

“We’ve tapped into an excellent resource of voice, natural language, and deep learning talent in Europe and Ian’s joining is a great early milestone for the business as we look toward the next phase of our evolution as a company,” said Noel Ruane, Executive Chairman at Voysis. “There’s a long history of AI and natural language research across many of the top universities in Europe and we’re thrilled that Voysis is already becoming known as a go-to destination for the top talent coming out of these leading institutions.”

This story appears courtesy of The Dublin Globe. For more news on Dublin's startup ecosystem and tech industry, visit their website.