Dublin Globe teams up with RTÉ to show off the great industries growing in Dublin. 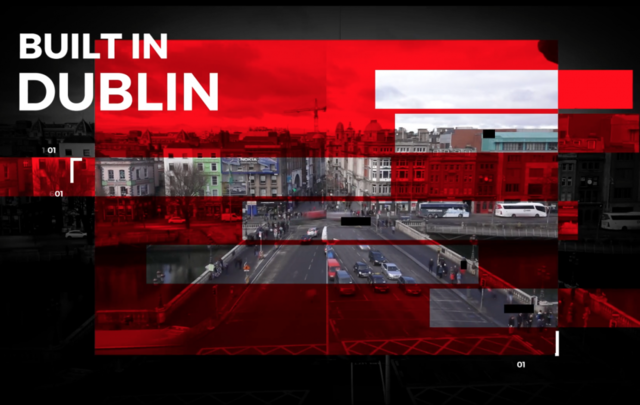 We pride ourselves on the many strong tech clusters in Dublin and across Ireland. Dublin Globe

Here at Dublin Globe, we’ve spent time highlighting many of the biggest ones – TravelTech, FinTech, and HealthTech. Another cluster we love is MediaTech and we’re highlighting it now, using the media’s full arsenal.

We’ve teamed up with RTÉ to create “Built in Dublin” – a series of ten short video stories, told by MediaTech founders in front of the camera. The startups are changing the industry and the use of both old media and new media from right here in Dublin. From transforming how we consume video and augmenting the reality we inhabit, to recognizing what news will become viral and helping news outlets be more profitable, these startups are making media better and more fun.

These founders go beyond simply describing what they do; they explain how and why they set up their companies and what they have learned. Each video is built around a certain topic – funding, hiring, building product, culture, and inclusion. Each is a success story to applaud, and a powerful lesson to absorb for all those on the entrepreneurial path.

This series would not have been possible without the support of RTÉ, the excellent filming set provided by Dogpatch Labs, and the generosity of the founders themselves with their time and knowledge.

Múirne Laffan, RTÉ’s Chief Digital Officer said “Ireland and indeed Dublin is a serious player in the global startup scene. RTÉ wanted to support these companies and entrepreneurs to get their message out and to showcase the creativity, ingenuity, and imagination of these pioneers. Our collaboration with Dublin Globe in creating the “Built in Dublin” series helps this community in a meaningful way, providing many great insights for startups coming up the ranks.”

We will feature a “Built in Dublin” video each Friday. First up is Keith Jordan from iTagged, a startup on a mission to put augmented reality in every tourist hotspot around the world. Keith shares his thoughts on the magical experience of augmented reality, why choosing a single vertical to focus on initially is essential, the importance of investing in the intellectual property stack, and the benefits of starting and growing a company in Dublin.

This article originally featured on Dublin Globe. You can read more from them here.