Can Ireland really become the center of the iGaming world?

Ireland with a population of just 4.77 million could follow Gibraltar and Malta into iGaming domination. 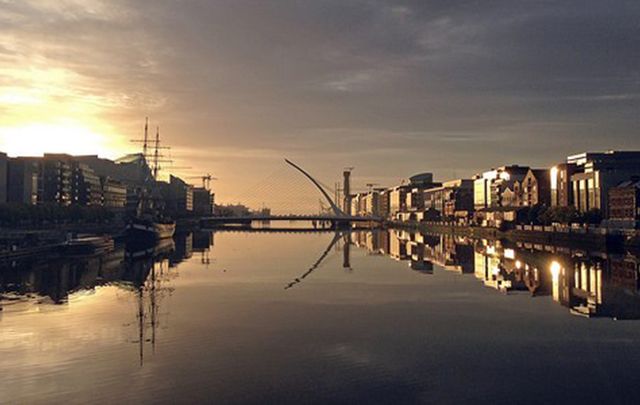 A view of Dublin city, along the River Liffey, home to Google, Yahoo, Facebook, Twitter and much more. Andrea Schaffer (CC BY 2.0)

Ireland with a population of just 4.77 million could follow Gibraltar and Malta into iGaming domination

With a population of just 4,773,000, the idea of Ireland becoming the tech center of iGaming and a hub for companies belonging to the iGaming world seems like an utterly outlandish suggestion, especially given the fact that the iGaming industry is one of the fastest growing in the world.

However, when you look at the success of countries like Malta and Gibraltar in the landscape of iGaming, you start to see that size doesn’t always matter when it comes to becoming a blossoming part of the iGaming world.

Some companies, like the Guts online casino, are already thriving in Malta, where, it must be said, the climate is a touch warmer than here in Ireland and the rain a little less frequent! However, there are iGaming companies right here and now in 2017 which are thriving on Irish shores. Lottoland is just one example of a company not only surviving in Ireland already, but truly thriving.

Indeed, with the UK undergoing a transition where it is unsure precisely how it wants to proceed in the global business landscape due to Brexit, the chances are that Ireland - a country which is settled and already a major player in the world of technology - could well become an even more fantastic place for attracting talented graduates and existing iGaming employees. Bear in mind as well the government-backed support that exists here, and you’ll see why Ireland is already reported to be an attractive place for tech investors.

By looking to build on this status as a proactive hub in technology, the likes of Playtech, Microgaming and new start-up companies in the world of iGaming development may well see the opportunity to start investing in as well as operating out of Ireland, something that could well make a lot of financial sense for them.

While of course the uncertainty of Brexit and the appeal of well-trained graduates is going to put Ireland in a position of strength when it comes to getting ahead in the world of iGaming, there is of course no certainty that it will be able to capitalise upon these factors. Should Ireland start to reduce investing in its graduates or start to raise taxes or decrease the appeal of running a business out of Ireland, then of course the country is going to struggle in relative terms to get itself involved in the wider world of iGaming. Given that the industry is expected to be worth $59.79 billion U.S. dollars in 2020 according to Statista - a figure that could well come to look like a conservative estimate given that Japan is now loosening regulation on its gambling -  this would be a missed opportunity for the Irish.

Add into the mix the fact that the rest of Asia, beyond Japan, and also Europe is expected to continue to show strong growth in online iGaming and you can see that any decision not to invest in iGaming’s growth or not to indirectly invest in the likes of virtual reality tech could well see Ireland miss out on a sizeable chunk of revenue for the future, something that no country can afford in a time of great world uncertainty.

A plan for the future

Perhaps the best way forward for Ireland is to look at what worked when it managed to persuade the likes of Google and Apple to use the country as a key base of their European operations. In this regard, while ideas such as promoting the idea of an Irish space agency is certainly a positive step to show that Ireland is a place that isn't getting left behind, the key to real economic growth may well lie in continuing to look to attract earth-based tech investment!

Indeed, while Apple and Google may have hit the headlines over their contributions to the Irish tax coffers, the simple fact is that the status of Ireland in the tech world has clearly improved dramatically simply by being able to have these giants establish Irish operations, and the same level of Irish support for a few big iGaming players could even help to persuade the likes of Guts to move away from the warmth of Malta to these windy, wet shores if they know they are going to be joining a hub of iGaming intellect and development.