As part of our #InternationalIrish campaign, we speak to Sarah Lucey, Director of Talent in some of Miami’s hottest nightclubs. 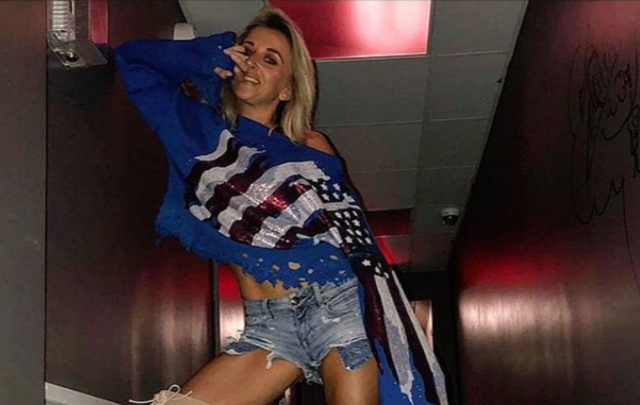 Today, we chat with Sarah Lucey, a Cork native who now works in Miami, Florida, as Director of Talent with LIV Nightclub, Story Nightclub, Komomdo Miami and Swan Miami.

The daughter of an Irish butcher, Lucey is now heralded as the Queen of Nightclubs with a lifestyle many may envy but one that has also come through a ton of hard work.

She speaks to us about her high points and low points so far:

It began with a Masters in Smurfit Business School in UCD. One day, a motivational speaker came in to chat with us and we had to split the piece of paper down the middle and on the one side, list strengths and on the other side, passions.

I was working in Ibiza and loved it. I’ll always love that island and learned so much there but it’s seasonal, whereas Vegas and Miami are a constant flow of partygoers. You can’t get bigger than those two cities globally!

Once it fades, you’re in trouble.

Relationships, hobbies, family, friends, they all have to take a backseat, especially in the beginning. It needs to be your sole focus if you want to make it but that goes for any career or passion.

Bursting with pride for this guy. His mam, dad, sisters the whole team are diamonds. Critics especially the Irish need to pipe down @thenotoriousmma #pltstyle

I think that started happening to me and Irish Sarah stuck but as far as Irish culture, I’m not sure.

People always ask does the Irish accent make you stand out but in all honesty, no. Miami has such a diverse range of cultures, I don’t stand out here as being a foreigner.

I suppose the butcher's daughter is more of a talking point and growing up at greyhound tracks. Americans wouldn’t have that here so that always comes up at dinners.

They are all strong, persistent business people I admire and respect.

A past person would be Ben Dunne, he was a real pioneer. He started the first Dunnes Stores in Cork in 1944.

The day Avicci died was tough as I had been on that journey with him. I’m not quite sure what I learned as I’m still quite numb about it, to be honest.

What has been the hardest thing about living in the US as an Irish person?

The Irish themselves like to have a persona of jokers and not taking life too seriously, which is great, and so the rest of the world sees us as jokers but we can be great business people, too.

I think we have to start believing in ourselves a little more, so others can too.

I open my eyes to emails, texts, WhatsApps, Instagram messages, TMZ leaks, and press articles that usually tend to be outrageous.

When you’re dealing with a lot of celebs in a weekend, their travel itineraries change constantly and any personal drama they are dealing with comes with them, as do their hospitality requests. It’s always amusing but never what one would call normal.

Humans. The maddest bond, the wildest adventures but we don’t understand one word the other says @ronaldinho love you XUXA

Ever day is nuts.

I wish I could tell you the amount of stuff that goes on behind the scenes but I would probably lose my job.

When you’re bringing a DJ/celeb out to a packed club knowing everything that could possibly go wrong beforehand could probably be defined as exciting. Nothing ever goes to plan.

If you could be anything else in the world, what would it be and why?

It would be a real dream to work for the likes of Michael O’Leary, JP McManus, Dermot Desmond, or Pat McDonagh. I definitely want to move home sooner rather than later.

Hanging with my Mam and Dad as they are my best friends and great craic. And then walking the fields by myself or with the dogs. The silence in the country walking the country roads in the summer picking blackberries.