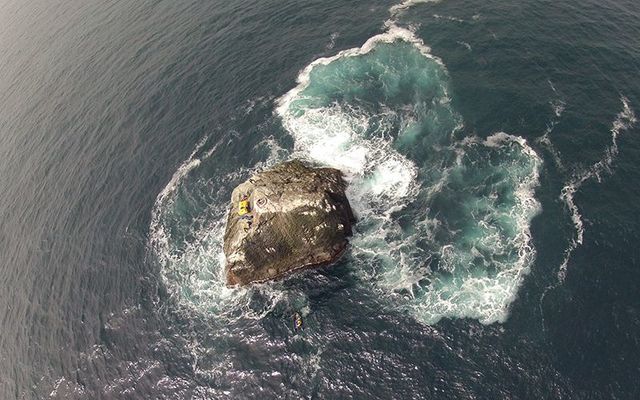 An aerial shot of Rockall Island, in the North Atlantic Ocean, north west of Ireland and Scotland. Getty

The Scots claim Rockall is United Kingdom territory and Irish fishermen cannot come closer than the 12- mile international limit. The Irish government says the tiny rock just 80-yards long and 100-yards wide is not an international boundary but just a large uninhabitable rock in the ocean.

The Irish Times reports that British claims over the island “were set back by international ratification of the UN convention on the law of the sea (Unclos) in 1982, which states that: “Rocks which cannot sustain human habitation or economic life of their own shall have no exclusive economic zone or continental shelf.”

Irish fishermen say they have no intention of leaving the disputed waters.

Map illustrating the location of Rockall Island, between Ireland and Scotland.

John O'Kane, of Greencastle Fishermen's Co-Operative, said three Irish boats were continuing to fish in the area, as they had done for the past 30 years.

The BBC reports that “The Rockall fishery is a multi-million-pound annual fishery, with several species of fish including haddock, monkfish, and squid.”

Scotland's Fisheries Minister Fergus Ewing, however, said the Scottish government would enforce the law and prevent the Irish boats from fishing. O’Kane, however, disputed that claim on Irish radio station RTE.

“Our co-op has been in existence for 30 years and during that period of time, we have had boats off Rockall every single year.

"They are going to see out their trips. They have no intention of leaving there at the moment.

"What the Scots have done is brought in a rule that is against the law of the sea. It is against EU law and has no legal standing whatsoever."

He added: "Our vessels are going to continue fishing under European legislation, and they are perfectly entitled to do that. Hopefully, the Scots will not be sending naval vessels, and this can all be sorted out at a government level.

"We feel that this is a political stunt by the SNP. (Scottish Nationalist Party) The Irish government have to fight this tooth and nail.

"There is no tension at all between the Scottish and Irish fishermen. This has blindsided us. It's just come out of the blue.

"Our fishermen are determined to stick to their guns on this one." 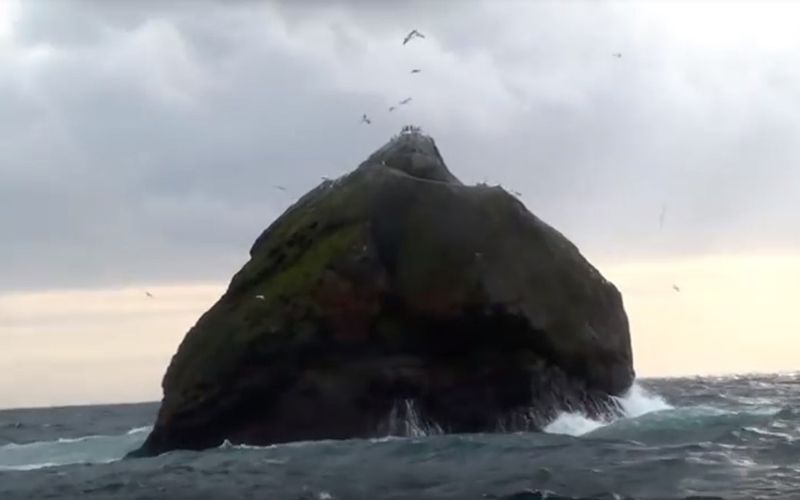 The BBC notes that the UK claimed Rockall in 1955, but Ireland, Iceland, and Denmark have previously challenged that claim.

Ireland’s foreign minister Simon Coveney stated “We have never recognized UK sovereignty over Rockall and accordingly we have not recognized a territorial sea around it either. We have tried to work positively with the Scottish authorities and to deal with sensitive issues that flow from it in a spirit of kinship and collaboration.

“We very much regret that matters have reached this point and intend to do everything possible to achieve a satisfactory resolution.”

Scotland's Fisheries Minister Fergus Ewing told BBC Scotland: "This is a routine enforcement matter to ensure that illegal activity within the UK's territorial waters, namely within a radius of 12 miles of the islet of Rockall, ceases.

"We have been engaging with the Irish government for a considerable length of time because we would prefer that this matter is resolved by discussion and negotiation amicably, and that remains the case."

"All of these steps we have sought to take to bring about an amicable agreement have failed," he said. "That leaves us with no alternative but to seek to enforce the law and that is what we will now proceed to do.

"We have made absolutely clear our view. We are sure of the legal position and of our legal ground and it is my duty to ensure that the law is enforced."

"Doing something illegal repeatedly does not make it legal", he added.

"I do hope that the Irish government will intervene to provide clear advice to their fishers to cease and desist." 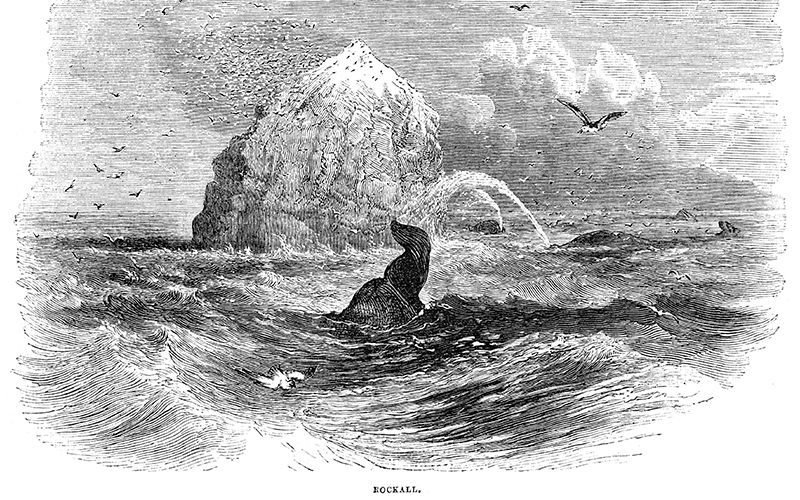 An old illustration of Rockall Island.

On Friday, the Irish government's minister for the marine, Michael Creed, stated he was trying to "avoid a situation whereby Irish fishing vessels who continue to fish for haddock, squid and other species in the 12-mile area around Rockall are under the unwarranted threat of 'enforcement action' by the Scottish government".

He added: "However, following this sustained unilateral action by them, I have no option but to put our fishing industry on notice of the stated intention of the Scottish government."

In 2012, the British Government stated that "The islet of Rockall is part of the UK: specifically, it forms part of Scotland under the Island of Rockall Act 1972. No other state has disputed our claim to it.”

In 1975however, an Irish expedition planted a tricolor on the islet.

The Irish Times reports that “On July 8th, 1975, a yacht named the Verve sailed from Dublin Bay to Rockall, some 418km (260 miles) west of the Co Donegal coast. On board were skipper Paul Campbell, John White, Willie Dick – the man who would make the ascent – and navigator Michael d’Alton.” Dick is said to have planted a Tricolor on the rock.

The dispute at the time was heated. The Mayor of Dublin. a leading environmentalist, changed his name to Sean Dublin Bay Rockall Loftus and the Wolfe Tones wrote a highly popular ballad called “Rock on Rockall.”

Who do you think lays claim to Rockall Island? Or does it belong to anyone? Let us know what you think about this dispute in the comments section below.