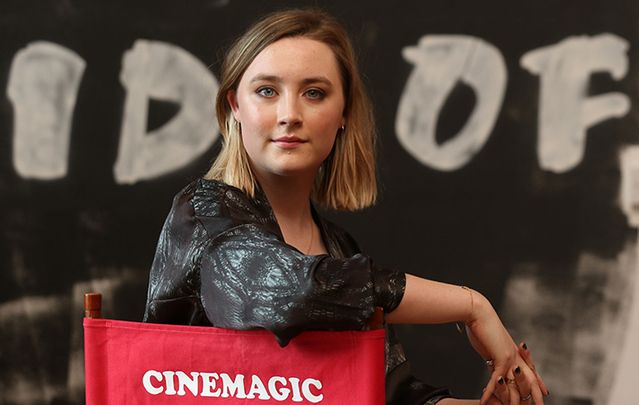 Irish talents Saoirse Ronan (21) and Daire Hickey (29) have been named by Forbes magazine as among their annual “30 under 30” list, which features 600 of the “brightest young entrepreneurs, breakout talents and change agents” for 2016.

The magazine’s list includes entrepreneurs and great talents from across 20 different sectors. Among their illustrious alumni, in 2011, was Facebook’s Mark Zuckerberg. Previously the Limerick-born brothers who founded Stripe, Patrick and John Collison, games designer Terry Cavanagh; golfer Rory McIlroy, and CoderDojo co-founder James Whelton were included on the list.

Saoirse Ronan has been all over the international press in the last few months with her role in the movie adaptation of Colm Toibin’s novel "Brooklyn." In the Forbes Hollywood sector she’s featured among good company including the Daisy Ridley (23) and John Boyega (23), stars from "Star Wars: The Force Awakens."

Ronan has already been nominated for a Golden Globe and a BAFTA for her role, as well as having already won a New York Film Critics Award and various others. The young Carlow star is now tipped to win Academy Award for her performance. Ronan is set to make her Broadway debut as Abigail Williams in ‘The Crucible’ in 2016.

Daire Hickey, co-founder of the Web Summit, was noted by Forbes for his career, including pulling in more than $2 million in media partnerships for his tech conference events, including Dublin’s, as well as Collision in Las Vegas and Rise in Hong Kong.

Hickey founded the Web Summit, in 2010, alongside Paddy Cosgrave and David Kelly. The event brought more than 42,000 people to the RDS venue in Dublin in 2015. The conference made the decision, late last year, to move to Lisbon, in Portugal, for 2016.

Forbes says of the Cork native, “Hickey takes care of top-tier partners, like Google and Facebook, and holds the keys to Founders, an invite-only event for top tech founders.”

For more on this fascinating 600 visit www.forbes.com.