Brian and Luke Comer, head of one of the largest property groups in Britain, to be recognized at prestigious awards. 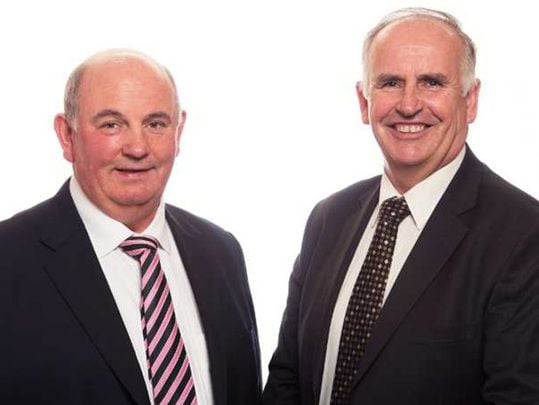 Brian and Luke Comer, head of one of the largest property groups in Britain, to be recognized at prestigious awards.

Irish brothers, founders of one of the largest property groups in Britain, are to be honored for their Outstanding Contribution to Business in Britain at the prestigious 2015 Irish Post Awards, this October.

Brian and Luke Comer, of The Comer Group, began their career as plasterers in Ireland, came to Britain in the 1980’s and established The Comer Group. Their company is not one of the largest of its type in the country, with assets worth $3.8 billion (£2.5bn) across Europe and the United States.

Although the brothers have made their fortune abroad they’re still very much in touch with their roots. In fact they’re now the primary sponsors of the Galway United soccer team.

In Britain they are best known for the work on landmark projects such as Princess Park Manor in Friern Barnet, North London. It has been transformed from listed building and prominent local landmark into new homes.

Brian told the Irish Post “We like a challenge and to be excited by our developments, and that’s why we tend not to go for the bland and the boring.

“Some of our refurbishment and regeneration projects are complex and difficult to complete, but we enjoy the process and the delight on the faces of our buyers when they buy their own properties within our developments.”

They have also worked on the transformation of a listed early 19th century building in Palmers Green, north London, which was rescued from English Heritage’s Buildings at Risk Register. The company is also central to a new town centre regeneration project in Bracknell, Berkshire.

The Irish Post Awards is an annual gala dinner and awards evening hosted by The Irish Post, the biggest selling newspaper and daily web site for the Irish in Britain. The annual event will be held at The London Hilton on Park Lane on Friday, October 23, with Eamonn Holmes acting as the Master of Ceremonies.

For more information visit www.irishpost.co.uk or contact Sarah Murphy on +44 20 8900 4159 or email sarah.murphy@irishpost.co.uk.