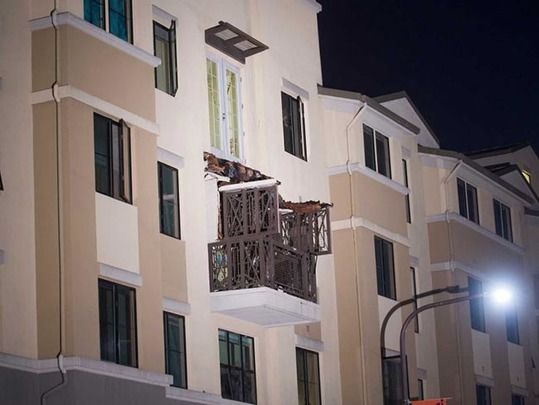 Irish American Fund donates $100,000 to meet the needs of the family and friends of the bereaved following Berkeley balcony tragedy.

Killarney: The balcony collapse in Berkeley in which six young students lost their lives and seven others were injured had affected the Irish “in an extraordinary way,” the largest ever Ireland Funds conference has been told.

The tragedy prefaced and indeed interspersed proceedings at the opening of 30th annual Worldwide Ireland Funds conference on the shores of the lakes of Killarney at lunchtime, Irish time, today Thursday.

180 donors from eleven countries and 33 cities have gathered for the three day event at the Hotel Europe, alongside Lough Léin, the largest of the Killarney lakes. They include donors from Australia, Signapore and New Zealand, as well as half of all the entire American Ireland Fund board.

The official opening began with remembering “the appalling tragedy”

“Let us begin by remembering the victims of this appalling tragedy - A pall has been cast over the nation. It has affected the Irish in an extraordinary way,” Kieran McLoughlin, CEO of the worldwide Ireland Funds began.

A board meeting of the entire board of the American Ireland Fund was specially convened on Wednesday night using phone and internet and satellite . All 55 members - 27 are in Killarney for the conference , responded immediately and a 100,000 US dollar donation is being donated to help the bereaved and the injured and is being channelled through the San Francisco Irish Pastoral Centre which is on the front line with those affected, Mr McLoughlin said, to a round of applause.

For the US ambassador to Ireland, Kevin O’Malley and his wife Dena guests at the luncheon, the tragedy had a particular resonance, he said.

The O’Malleys had actually hosted a series of parties for J-1 visa participants before they left Ireland, the CEO outlined.

O’Malley said it was a great testament to the leadership of the American Ireland Funds to be at the forefront at this very difficult time.

“This is a very family oriented country and every family in Ireland has been affected by this,” Mr O’Malley said .

They had had a number of send-offs for the “bright, ambitious and hopeful” J1 students this year.

Guest speaker, the renowned Gaelic games broadcaster Micheal O’Muircheartaigh (84) also touched on Berkeley in his address said the decision to help was typical of the Ireland Funds:

“They see the need, they respond, they put dollars into it,” the 84 year old legendary broadcaster remarked.

On the ground at the conference, the grave offence in Ireland to the controversial New York Times article which castigated the visa program for young Irish students was echoed.

Anne McNally from Boston described the article as “unfortunate”. Her husband Bill said:

“The longer you think about it, the more out of place it seems.”

Kieran McLoughlin slammed the article as" insensitive and ignorant” and had this to say about the J-1 summer work program:

“J-1 students have distinguished Ireland for decades now. They impress the Americans so much through their diligence and work ethic and to cast a slur on young Irish people is insensitive and ignorant.”

John Fitzpatrick, chairman of the American Ireland Fund said almost everyone had been affected- everyone knew someone involved.

There were huge demands on students now and it was more and more difficult to get into college - J-1 students were out there to work and gain practical experience.

“It was very unfair. I was very surprised at a paper of its standing,”he said.

However the paper had apologized, Mr Fitzpatrick noted.