Resilient industrial performance in Eurozone overshadowed by US political uncertainties

Businesses in the Eurozone have proved resolute in the face of an expected decline, with September figures revealing that industrial production actually rose. 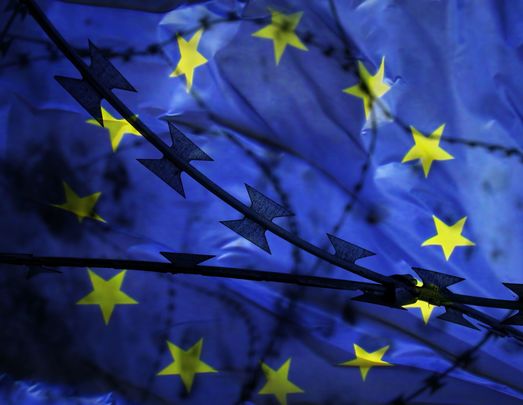 Businesses in the Eurozone have proved resolute in the face of an expected decline, with September figures revealing that industrial production actually rose. In isolation, that is heartening news for European countries who feared that the looming threat of a recession in Germany could plunge the region into economic disarray.

Germany avoided that threat, albeit in unconvincing style, to offer some certainty for the European economy going forward. While there may be certainty in that regard, the volatile position of the US in its relationship with both China and the EU has traders operating with heightened levels of caution.

This is a particularly challenging time for new traders, as even seasoned veterans of forex markets are unable to trade with their usual levels of confidence. This is a political climate like no other; fears over European industrial performance, the protracted Brexit process and the constantly shifting stance of the US makes this an especially difficult time for market analysts, let alone rookie traders.

The value of honing trading skills on a demo account is higher than ever for new traders, as such a platform allows an individual to practice their strategies without the use of real funds. There is no such luxury for businesses, with company leaders forced to continually adapt their plans at each key political juncture.

A recession in Germany would have sent Eurozone industries into a scramble, but this is no longer an immediate threat. The news from Bundesbank that the German economy is entering a period of stagnation has been far more gratefully received than it might be at a different time, given that stagnation is far more palatable than the alternative.

Figures from the third quarter of the year show how the German economy achieved a 0.1% expansion, which surpassed forecasts. Bundesbank has stressed that this should be interpreted as a necessary correction from previous declines, rather than an indication of a resurgent German economy.

While the German economy will have to find a way to rebound, its current evasion of a recession gives other Eurozone countries a degree of cautious optimism. Eurozone industrial production as a whole increased by 0.1% in September, defying analysts who had anticipated a 0.2% decline. That overall rate was boosted by a strong performance by Irish industries.

However, any optimism must be tempered by the continued uncertainty surrounding the US' international economic relations. The US-China trade dispute has been one of the defining stories of President Trump's tenure in the White House. A 'phase one' trade deal was supposed to be a straightforward way to break the impasse while giving each administration something to champion at home.

Instead, that deal looks to be derailed by quarrels over tariffs, with Beijing looking to eliminate certain tariffs on Chinese goods and the White House keen to not appear overly conciliatory. Tariffs are also causing issues in the relationship between the US and the EU, with President Trump railing against the EU's trade barriers in a recent speech.

President Trump had sought to impose tariffs on EU automobiles imported into the US, although he appears to have hit a roadblock in pursuit of introducing a 25% levy. With the US dollar weakening and the President putting pressure on the US Federal Reserve to slash interest rates, the American stance towards EU and China could conceivably change once again in the weeks and months ahead.

That will instill caution in traders of the EUR/USD currency pair, as Trump's pressure on the Fed already boosting the rate. With the Eurozone's industrial resurgence and the US dollar continually hindered by trade disputes with China, many traders may decide to go long on the EUR/USD pair and back a sustained strong performance by the euro against the dollar.