Dublin Airport to get new runway - traffic up by 65%

Air connectivity is key; 89% of foreign tourists arrive in Ireland by air. 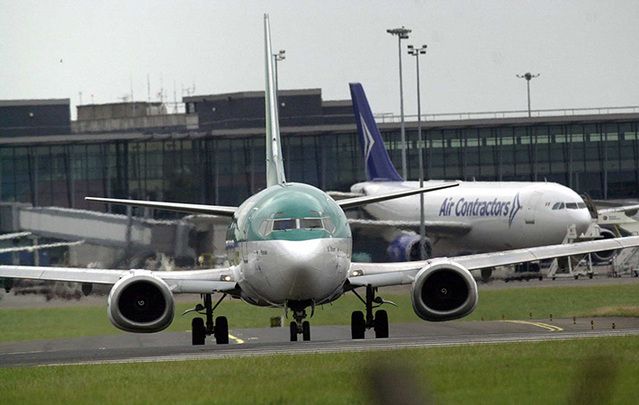 Aer Lingus plane taxiing at Dublin Airport: Capital’s airport and Ireland connectivity is key as 82% of tourists arrived by air to Dublin. RollingNews.ie

A new two-mile long runway will be built at Dublin Airport, which has experienced 15% growth in passenger numbers since 2014. Long-haul travel from Terminal 2 is up by 65%.

The Dublin Airport Authority (DAA), which operates Dublin and Cork airports, has confirmed that the project, which will cost $363.7 million and create 1,200 construction jobs, will be completed by 2020.

Tourism Ireland welcomed the news and emphasized the importance of connectivity for Irish tourism industry. Some 89% of all overseas visitors arrive in Ireland by air and Dublin Airport welcomes 82% of these visitors.

Niall Gibbons, CEO of Tourism Ireland, said: “As an island, the importance of excellent connectivity and convenient, direct, non-stop flights cannot be overstated – they are absolutely critical to achieving growth in inbound tourism.”

Chief Executive of the DAA, Kevin Toland, told the Irish Independent, “Passenger numbers continue to grow strongly in 2016 with double digit growth recorded in the first two months of this year.

In the past two years just under 50 new routes and services have been introduced at Dublin Airport. There have also been significant capacity increases on a number of existing routes. Furthermore, nine additional airlines are now operating out of the airport.

According to the DAA, the “North Runway” development has the potential to open up connectivity to a range of long-haul destinations, particularly in fast growing economies in Asia, Africa and South America.

The DAA’s development relies on existing planning permission. Planning permission for the new runway was originally granted in 2007, but the project was put on hold due to the economic downturn.

The permission has 31 conditions attached. Toland said two of those conditions in particular are onerous and “would severely reduce the future operational capacity of the airport at key periods.”

He said, “This has implications on our ability to support future traffic growth at the airport and we are looking at how this can be addressed.”

The conditions limit the number of early and night time / evening flights than can use the second parallel runway.

While these conditions may have strong implications, applying for new planning permission would have taken time and delayed the project at a time when there is strong growth.

Toland said, “We are very conscious of balancing the national and business needs with those of our local communities and we will continue to work closely with our neighbors in relation to this project.”

Minister for Transport, Tourism and Sport, Paschal Donohoe, said “This project is of major strategic importance to Ireland as an island economy, in terms of improved connectivity.”

“It has the potential to create thousands of jobs, both directly and indirectly, over the coming years.”

Preliminary work is set to begin later this year and construction is set to start in 2017.

The new runway could support a further 31,000 jobs over the next two decades, contributing €2.2bn to GDP.

Here’s an advert for T2 that went viral at the time of launch: