Remote Irish island flooded with inquiries from US about moving there

The addition of broadband on a remote Irish island has led to huge interest in moving there from US and other countries. 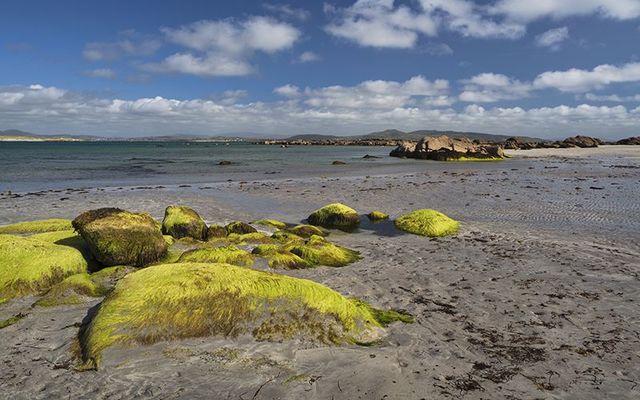 A remote island off Donegal seeking Irish Diaspora members to work on the island has been overwhelmed with queries from all over the US and other countries after featuring on IrishCentral.

The island has just been wired for broadband and Islanders are seeking new workers to take advantage and build their population base back up.

Adrian Begley of Arranmore Island Community Council says the response has been astonishing.

"The interest the project has generated globally has been great, and indeed has surprised us. We have had people contacting us from the various different states in America, as well as Canada, South Africa and even as far away as Australia,” he told IrishCentral.

“There's not only the business element that attracts peoples attention to what has been done on Arranmore, but there's a human interest story which I think many can relate to.

“In a very fast-moving world who wouldn't want to have the opportunity to move to, or even spend some time in, a place where you can work remotely away from the busy city life while enjoying the slower pace that living by the sea brings. And that is what we are able to offer now with the shared workspace and high-speed internet.

“This is on top of all the other benefits living on Arranmore brings; the great community, excellent schools, and scenery that is second to none. Arranmore is also an ideal location to raise a family and bring out the best in people. And this is all in a place where Irish heritage and culture is still alive and well. It really is a unique place to be, and all the more unique that it now offers the best of both worlds." 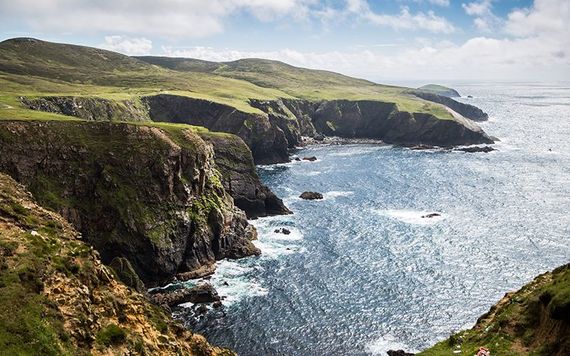 Up by the lighthouse, at the 150 feet cliffs, on Arranmore, in County Donegal.

Modam is the name of Arranmore's new digital workspace. The shared space overlooks beautiful Leadhb Garbh beach and is walking distance to local amenities such as post office, pubs, and shops.

Arranmore Island, which is located 5km off the coast of Donegal, has just gone through the biggest advancement in its recent history by becoming the recipient of Ireland’s first offshore digital hub.

The ambition is to stimulate employment and reverse over a century of emigration that has seen the island’s population drop to just 469 people. And that’s why diaspora members are also being presented with the unique opportunity of swapping the hustle and bustle of the city for the calm and beauty of Arranmore.

Speaking on the significance of the change, Adrian Begley said: “For us, this connection is the electrification of the 21st century. It’s that big a thing. Whilst the Irish economy is growing, the islands have been neglected; emigration continues and culture gets lost, but we’re confident that’s all about to change.” 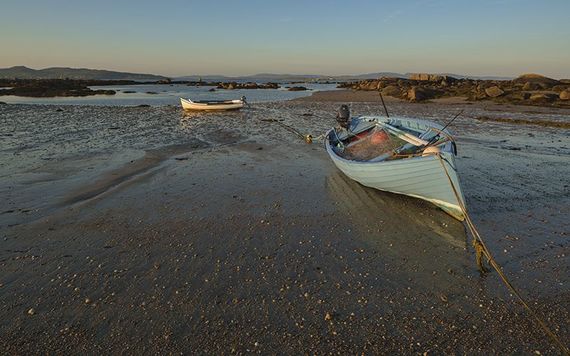 The beach at Cloghcor, Arranmore Island.

Neil Gallagher, CEO of tech company Caped Koala Studios, added: “Moving home has always been a dream but the fundamentals of connectivity for my line of work just made it impossible. The digital hub means people working for tech companies like mine can now work on Arranmore. The set-up is as good as any city in the world, but the view is so much better.”

High-speed connectivity has been extended to the island’s schools, medical center and a number of local businesses and community facilities, making Arranmore a more attractive place for families and businesspeople to live and work. 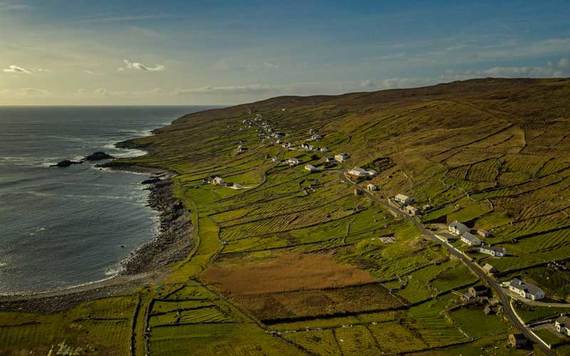 Anyone wishing to connect with Arranmore’s community can send them a message via their Facebook page or email cominghome@arainnmhor.com