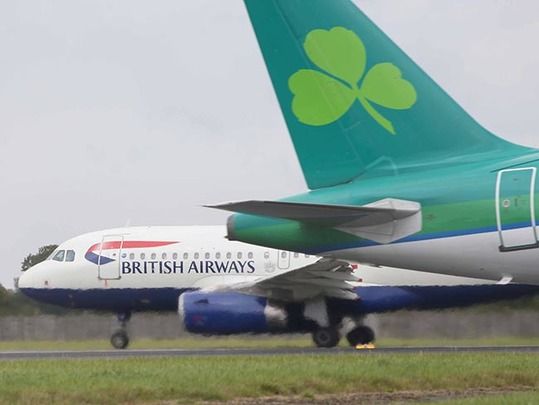 More flights to the US, including flights from Los Angeles and Texas and other destinations in 2016, are on the cards as well as increased number of flights from existing hubs.

The imminent takeover will mean exciting changes for Aer Lingus – including the potential of four new transatlantic routes – with two likely introduced next year – as well as 160 new jobs by 2016, with the potential addition of 635 new jobs by 2020.

The European Commission yesterday issued its approval of the takeover. This decision is believed to have been the last big obstacle to clear before the deal can take place. The Irish government has already given its approval.

In response to concerns the commission expressed over London airport slots and a potential monopoly on connecting passengers, IAG agreed that it would give up five daily slots at Gatwick in order to make room for competing airlines on the London to Dublin and Belfast routes.

The company also offered to form agreements with competing airlines that fly long-haul out of Ireland and the UK, in order to ensure that Aer Lingus will still bring its rivals' connecting passengers.

"These commitments adequately address all competition concerns identified by the Commission," read a statement.

Aer Lingus first announced in January that the IAG bid of $1.57 billion (€1.4 billion) had been received and would likely go ahead.

IAG is headed by Willie Walsh, who began as an Aer Lingus pilot before running the Irish airline between 2001-2005. IAG was created in 2009 through the merger of British Airways and Spanish airline Iberia, and is headquartered in London.

"As an island nation, air access is the lifeblood of Irish tourism and today's developments offer greater certainty regarding Aer Lingus' long term sustainability and, consequently, the continued growth of our tourism industry. I am particularly pleased to note that IAG are committing to an additional eight transatlantic planes based out of Dublin,” Fáilte Ireland CEO Shaun Quinn emphasized.

“Given the recent performance of the North American market, this will provide us with the increased access to capitalize on the significant potential to attract even greater visitor numbers from the USA to our shores."