Here are some of the most popular titles that we found based on the glorious Emerald Isle.

In partnership with:
Casumo.com 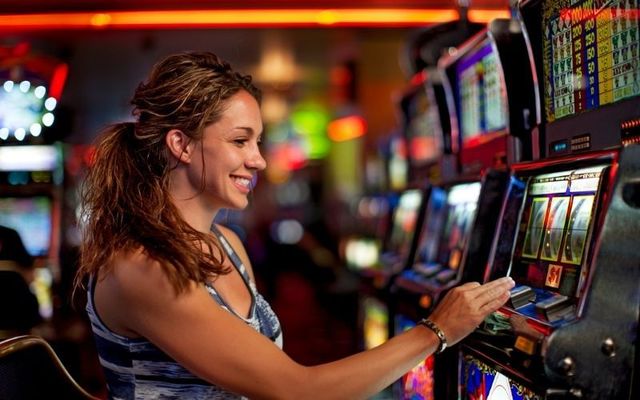 The luck of the Irish is a phase that was first used in America during the gold rush era in the 1800s. Even today, nearly 200 years later, we often hear the expression being thrown around, so it’s no surprise that multiple casino games have an Irish theme.

You only need to browse through the web to find a list of the most popular games, and we can guarantee that each one will boast a collection of Irish-themed video and jackpot slots. Here are some of the most popular titles that we found based on the glorious Emerald Isle.

Developed by NextGen Gaming, Irish Eyes is a popular video slot in many of the best casinos. Its reels are adorned by leprechauns, pots of gold, four-leaf clovers, rainbows, and a beautiful Irish lady with a twinkle in her eyes.

The game has two exciting features - one is a Pick Me bonus that pays up 100x your bet, and the other is a free spins bonus round. With a 10,000-coin jackpot on offer, players can win big when those Irish eyes are smiling.

Following this slot’s success, NextGen released a sequel - Irish Eyes 2. As a newer game, the graphics are crisper, and the gameplay is smooth. Many of the original symbols have retained their place, so you can jump from one slot to the other with ease. Irish Eyes 2 also has a free spins bonus round, but whereas the original offers 12 spins, players now get 20 free games on the sequel.

There are several titles in the Road to Riches series that have been developed by Barcrest. Essentially, these games are the same as the Rainbow Riches collection, which is massively popular in the UK and other countries. It’s not just in Ireland where the game is popular, its appeal is also felt around the world even on online casinos NZ and other countries.

The original - simply titled Road to Riches - is one of the most-played slots online. It has three rewarding features: the Road to Riches cash path, pick a Wishing Well and Pots of Gold. Most casino apps allow you to play Road to Riches for as little as 20c a spin, while the maximum payout is an eye-catching $250,000.

Other titles in this series include Road to Riches Free Spins. As the name suggests, this slot has a free spins bonus round that can be triggered on any spin. It also has a jackpot of $250,000 and the RTP is a respectable 95.0%.

Road to Riches Race Day is another slot found at many online casinos. Unlike the previous games, Race Day has 6 reels and 4096 ways to win. It’s packed with features, and with a cascading reels mechanic, players can win multiple times from a single spin. Twilight Dream is one of the latest additions to this ever-growing collection. The maximum bet limit is $400, so this variation appeals to high rollers.

NetEnt is one of the best slot developers in the industry, and the Irish-themed Finn & the Swirly Spin has been a huge success. This slot doesn’t use traditional reels. Instead, the game board has 25 spaces, which spiral into the center to unlock the Swirly Spins.

The graphics are outstanding, and Finn is sitting by the reels throughout, playing his fiddle. Randomly, he jumps up and blows some magic dust across the reels to reveal a mystery feature. Also, Finn Golden Tavern is now available. This slot uses the same game mechanic as Swirly Spin, but it has a maximum payout of half a million dollars, which is 4x more than the original.

Slingo games combine slots and bingo to deliver an exciting casino gaming experience to patrons in the US. Slingo Lucky Streak is decked out with leprechauns and other lucky Irish symbols. This variant is slightly different to the original Slingo games because you get two lives - a spin without a match takes a life away, whereas a spin with a match gives you a life back.

With extra spins, free game bonus rounds and several other features, Slingo Lucky Streak pushes all the right buttons. What’s more, its jackpot is a cool $250,000, and the minimum bet is only $0.20, so there’s plenty of value to be had.

Although the jackpot is only $80,000, which is smaller than most of the other Irish-themed casino games, Emerald Isle is still a favorite among many American players. Its artwork takes you into the heart of Ireland, where you’ll discover the magic of the slot’s special features.

These include the Leprechaun Bonus Round, in which you must match two treasure chests to win a cash prize of up to 500x your stake. The other main feature is a free spins bonus - players get ten spins with added wilds for bigger wins.