This is where it all began for the Notorious. 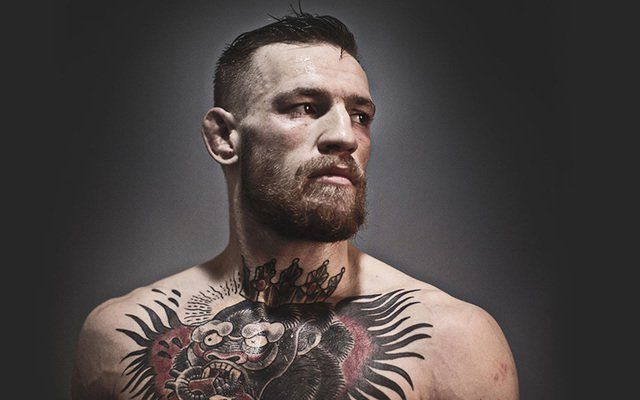 Conor McGregor, who had his first MMA fight in Dublin in 2007. ConorMcGregor.com

This is where it all began for the Notorious. It was Dublin, it was February 2007. McGregor stepped into the ring for Irish MMA promotion Ring of Truth. His opponent that night was Ciaran Campbell.

It's a long way from the Bentley driving, Versace wearing McGregor we all know. For some reason, McGregor is rocking a pair of Hawaiian shorts and has zero tattoos.

The biggest takeaway is that McGregor's style has not changed too much. You can watch him go in hard on Ciaran Campbell from the start. After initially knocking Campbell down, McGregor throws a few kicks from afar. He's unwilling to get down on the mat with him. Ultimately, McGregor gets the knock out win at 1:31 and doesn't let the quiet crowd dampen his enthusiasm.

According to Sherdog, this fight was Campbell, a native of County Antrim, only in MMA.

There seems to be some dispute as to whether or not this is McGregor's first fight. A lengthy Sports Joe feature from 2015 lists McGregor's first fight as occurring in a 2008. The website gives the fight as being against Gary Morris. The article notes that there is no video footage of the bout. McGregor won in the second round. That fight took place in the Cage of Truth promotion.

McGregor's opponent in Las Vegas on August 26, Floyd Mayweather was also busy in February 2007. He was training for a May 2007 megafight with Oscar De La Hoya in Las Vegas. At the time, that fight was this biggest in pay per view history, garnering 2.15 million buys. By comparison, McGregor/Mayweather is expected to do more than 4 million.

Incidentally, in the lead up to the McGregor/Mayweather fight, De La Hoya told TMZ that he believed McGregor wouldn't land a single punch.