Take a look at the outstanding Monsignor Reid collection, which offers a remarkable glimpse into Irish and American life in the mid-20th century. 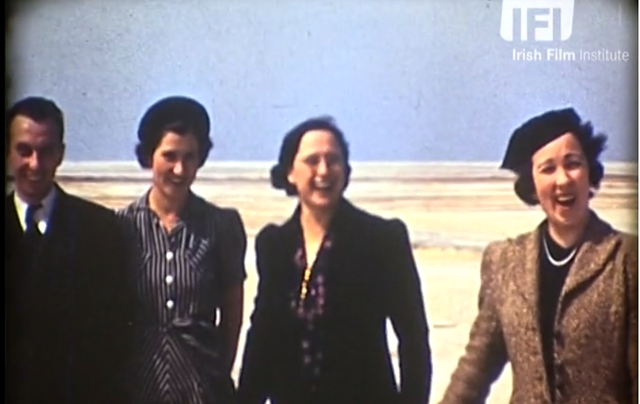 We look at the outstanding Monsignor Reid collection.  IFI

Take a look at the outstanding Monsignor Reid collection, which offers a remarkable glimpse into Irish and American life in the mid-20th century.

IrishCentral loves to celebrate the Irish who are completing incredible feats and so we thought it was only fitting to also look back on those Irish immigrants who paved the way for us to reach this success.

With the help of the Irish Film Institute, we're celebrating the work of Father William Reid (later Monsignor Reid), whose collection of films gives us an incredible snapshot into American and Irish life from the 1930s until the 1970s.

Monsignor Reid acquired his first ‘movie’ camera in the mid-1930s. He enjoyed capturing fleeting moments and filmed a wide variety of subjects, mainly in color, from the 1930s to the 1970s. In addition to footage of family, friends and beautiful Irish scenery, he captured holiday-makers in France, Spain, England, and Italy.

Read more: International Irish more successful than ever before: celebrate with IrishCentral

Monsignor Reid also filmed extensively in the United States, where he lived for much of his life. Notable American films in the collection show scenes of his adopted home in Oklahoma, Niagara Falls, The Grand Canyon, and a St. Patrick’s Day Parade in New York, in which Bobby Kennedy can be seen walking in the procession.

He was born William Henry Reid in Loughglynn, Co. Roscommon in 1908. He was educated locally at St Nathy’s College, Ballaghaderreen before moving to Louvain, Belgium, to study for the priesthood. In 1936, the newly-ordained Father Reid set sail for Oklahoma, the diocese in the USA to which he had been assigned. He became one of the youngest priests ever to be made a Monsignor.

This film was shot in the town of Highland, New York, between 1939 and 1940. It consists of scenes depicting the Hudson River Bridge, miners working the Iron mines of the Hudson Highlands and family outings.