A look at the January 1, 1820 edition of the historic Irish newspaper, courtesy of FindMyPast. 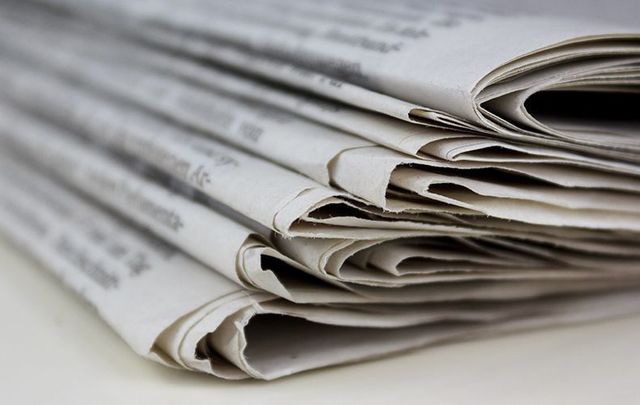 The Freeman's Journal newspaper was founded in Derry in 1763. iStock

The Freeman’s Journal was founded in Derry in 1763 and published until 1924.

*This article, originally published in 2015, was part of a previous partnership with Findmypast.

Over its long history, the political tone of The Freeman's Journal changed with its proprietors, moving from a focus on news coming from England in the early period to a more distinctly Irish focus from the 1830s onward. Stories for the paper were sourced from all over the country and provide commentary on all the major events of the nineteenth century. In 1872, the paper doubled in size from four pages to eight pages.

Read More: The NYC newspaper editor who spoke out against “No Irish Need Apply”

The earliest edition of The Freeman’s Journal on Findmypast dates to Saturday 1 January 1820. As was typical of newspapers of the time, the front page of paper is dominated by advertisements of all sorts from prime hams and chestnuts to reports on the performance of students, from the Classical, Mathematical and Mercantile Academy at Ushers-Quay, Dublin, in their examinations.

One notice in particular, which was probably put in by a rather distraught bank manager, was a notice that asks that the person who was over paid £50 the last time they were in the bank to please return the money. £50 would have been a substantial amount of money in 1820, the equivalent of about €2,300 today. A tidy sum to have been accidentally given.

The advertisements and notices continued on page two where there were further notices of examination performances by pupils and advertisements for new fiction publications. There was also a notice for a circulating musical library. Novels could be prohibitively expensive for most people. The same was true for anyone wishing to keep up with all of the latest musical trends. To hear music in the early nineteenth century meant learning to play an instrument, or to know someone who played. Musicians, both amateur and professional, who wished to learn new pieces or popular songs had to buy sheet music. Subscribing to a musical library for a yearly fee gave access to, as the advertisement says, “twenty thousand musical publications” at a fraction of the cost of buying. There was nothing to stop the borrower then transcribing the music into a notebook for future reference before sending the score back to the library. Free lending libraries did not appear until the 1850s.

Amid news reports from around the world, the movement of troops and the gentry are recorded on page three. The Fashionable World gives details of the comings and goings of aristocrats visiting family and friends. The aristocracy were the celebrities of their day and their lives and scandals are often reported in great detail in the papers. The movements of the army will be of interest to anyone with military men in their background as families often moved with the army. Reports of court-martials can also be found.

Family historians' perennial favourite, the births, marriage, and death notices, are rich in detail. The death notice in particular tells a poignant tale of a gentleman whose generosity in life saw him die in poverty.

The detailed accounts of rescues and losses from shipwrecks make compelling reading. Names of those who drowned are reported, and also the names of ships that came to the rescue of the stricken vessels.

A fascinating law report regarding a complicated rental arrangement between two families leaves you scratching your head as you try to work out exactly what had happened to sour the relationship between the two families so badly that they were in search of rent to be paid after the occupier had died who was, so far as can be made out, the deceased defendant’s son! It brings to mind the old adage of ‘never a borrower, nor a lender be’.