How much do you know about the Irish famine? Take the ultimate quiz

Do you know all there is to know about the Great Hunger and the Irish immigration to the US that resulted from it? 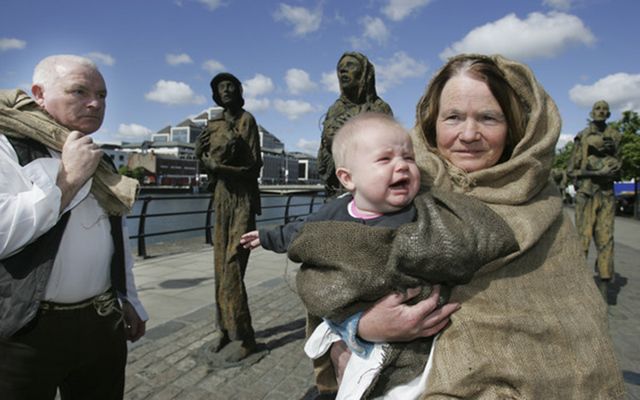 Do you know all there is to know about the Great Hunger and the Irish immigration to the US that resulted from it? RollingNews.ie

The time of the Irish famine (or Great Hunger) is thought of as the largest period of Irish immigration to North America in history and as a result, a large proportion of Irish-Americans can trace their Irish lineage back to this time, remembering the struggles of those who escaped hunger and poverty in Ireland for a new life on this side of the Atlantic.

With one million deaths in Ireland and a further million and a half people leaving the country, parallels between the Irish famine refugees and the current refugee crisis are now being drawn with claims that in today’s political climate the hundreds of thousands who made their home here in the 1840s would have been turned away.

Yet, with over 34 million Americans claiming Irish ancestry – a significant percentage of those can trace their family's move to America back to famine times – how much does the average person know about the history of the famine?

We’ve put together an ultimate quiz to test your stripes on this vastly important period in Irish history. If you want to swat up beforehand, here are a few IrishCentral articles that could help you find the information:

Let us know how you get on the comments section, below, and good luck!