The descendants of Michael Mallin, including his 103-year-old son, released an 18-page document “To the Memory of my Father” in his defense. 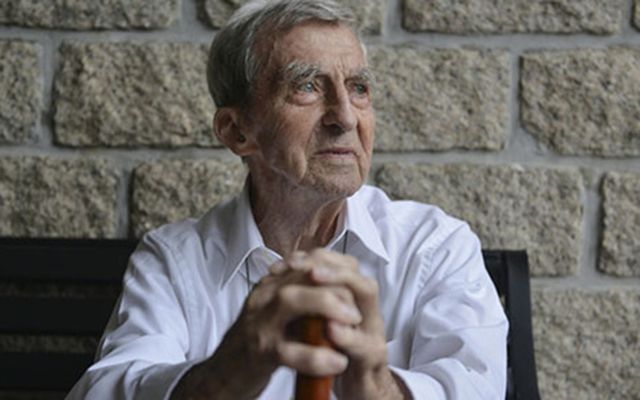 The 103-year-old son of Michael Mallin, an Irish rebel executed by the British after the 1916 Easter Rising, has said that the official record of his father’s court martial is “profoundly wrong” and has embarked on a mission to vindicate his father and the family name.

Born on September 13, 1913, Father Joseph Mallin is the son of Commandant Michael Mallin, who was second-in-command in the Irish Citizen Army during the Rising, serving just below James Connolly.

Fr Mallin was just two and a half years old when he accompanied his mother as she made her final visit to her husband in Kilmainham Gaol before the commandant’s execution.

Following the Easter Rising and the leaders’ executions, the British Prime Minister at the time, Herbert Asquith, had promised that the official records of the courts-martial would be published, but it wasn’t until 1999 that they were made available.

The records were deemed to be so sensitive that it was more than 80 years after his father’s execution that Fr. Mallin first managed to feast his eyes on the official records that led to the decision to put Michael Mallin to death.

Fr Mallin believes the records reveal the falsehood that Mallin stated that he was not in the Citizen Army and that he was not in the close confidence of James Connolly. The same questionable section of the records contains the line where Mallin puts Countess Markievicz forward as his commanding officer, something Fr. Mallin does not believe his father would have done.

“I had no commission whatever in the Citizen Army . . . I was never taken into the confidence of James Connolly. the Countess of Markievicz ordered me to take command of the men as I had been so long associated with them,” the record reads, according to the Irish Times.

The account is an attempt to smear his father’s reputation, claims Fr. Mallin, who has served as a Jesuit priest in Hong Kong since 1948.

To this end, he has put together an 18-page document entitled “To the Memory of my Father” in which he outlines how he was not in full possession of the facts surrounding his father’s execution until now, also outlining the reasons why he believes the official record from the British could not be true.

Although the records have been available since 1999, it was only when the family – some 180 descendants – gathered last year for the centenary that the impact of these records on the legacy of Michael Mallin hit home. On realizing that historians had accepted the records as fact, they decided to act.

The family dor#es not believe that the official record was impartial, given that it was written by brigadier General Ernest Maconchy, the president of the court martial, and they claim that two words, in particular, are a sure sign that they are on the right path.

Within the record it states that Mallin stated he would “indignantly repudiate” the accusation that he was aiding Germany, a phrase that Mallin's family believe would have been just too far of a stretch for a man who left school at the age of 12.

Other claims listed within the document state that Mallin’s words had been altered so that more weight falls on Markievicz in the hope that she would be executed rather than Mallin. Mallin's descendants argue that there were people in the British Army who wished to see Mallin suffer because he had previously served as a British soldier for 13 years before turning to the Irish cause.

“It is reasonable to believe that Maconchy would have regarded him as a treasonous former soldier, a disgrace to the British uniform and shooting alone would not be good enough.”

Fr Mallin has been assisted in his research by a grandnephew, Seán Tapley, who communicated via letter with the priest as they assembled their arguments.

“He has put me through my paces,” Tapley told the Irish Times. “Some of the questions were Jesuit-type questions. ‘Had my father not an obligation to save himself for his family?’ He asked me to answer that question. I’m only a mere mortal.”

The family finally released their documents last week in Kilmainham Gaol where Michael Mallin was executed along with the other leaders of the Easter Rising 101 years ago.

“Failure to explain to readers or an audience that the court-martial record is Brigadier Maconchy’s personal handwritten account is an error of enormous proportions and an injustice to my father’s honour,” concluded the Easter Rising hero’s son.

Born during “Larkin’s Lockout” in 1913, Fr Mallin says that some of his first memories are of 1916, seeing Michael Collins marching through the ruins of O’Connell Street and visiting his father in Kilmainham. You can see Joseph speaking about his remarkable family history in the video below, including the final words of his father to their family.