While some may sneer that this history show isn't smart enough, are we going to throw the "ancestral baby with the ancestral bathwater." 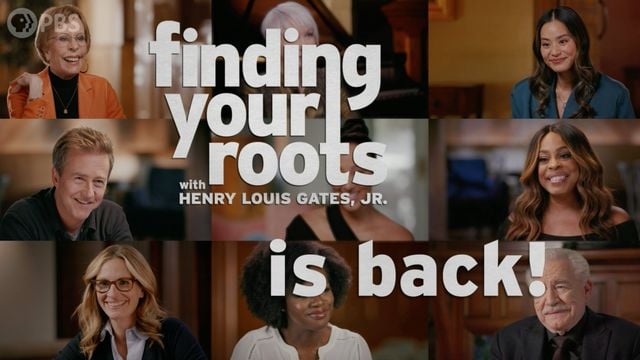 "Finding Your Roots" on PBS PBS

Got a family secret?  Now’s your chance to air it out on TV! Either way, wherever you watch it, "Finding Your Roots" is easily one of the most impressive television shows ever made.

This is not quite the same as saying the 30-minute genealogy program, hosted by Harvard professor Henry Louis Gates, is unmissable, like "The Sopranos", or "Breaking Bad", or even "Shameless".

I might forget a new (or repeat) episode of Roots is being aired on any given week.  Or I might take a peek at which two semi-famous people are being featured, on my way to chuckle at Fox News or roll my eyes at MSNBC.

None of which changes the fact that "Finding Your Roots" is consistently astonishing, enlightening, and fascinating.

The journeys from the old world to the new offer a unique glimpse not just into the immigrant experience, but American history.

In short, if you’ve never checked out "Finding Your Roots", do so.

On the Irish side of things, standout profiles include the family journeys of actors Nathan Lane and Melissa McCarthy, as well as filmmaker Michael Moore.

If you have already watched "Roots", perhaps you’d like to take the next step and participate.

The show is currently looking to feature the family histories of less famous Americans to celebrate its 10th anniversary season. (You can submit family stories, secrets and more to findingyourrootscasting.com.)

At a time when history has never been more important, yet also never been more contested, a show like "Finding Your Roots" is that rare creature, offering up – like the old advertisements used to say – something for everyone.

Some smarty-pants out there think the show is simply not smart enough. You know the thinking.  History is so important, it must be boring or brutal in order to be of any value.

In a recent book called "A Nation of Descendants", author Francesca Morgan “traces the American use and abuse of genealogy from the Daughters of the American Revolution to Roots,” as The New York Review of Books noted.

It is true this stuff can get ugly, with certain groups twisting “research” to prove that their relatives – their genetic material – is obviously of higher quality than yours.

“Gates has featured celebrities being presented with books of life, telling the story of their ancestors, assembled by teams of experts in genealogy and DNA,” notes Fraser, adding that Gates then “talks his subjects through the pages, inevitably reaching a dramatic reveal.”

Oprah Winfrey, for example, learned on the show “that a great-grandfather, an illiterate man named Constantine Winfrey, received 80 acres of prime Georgia farmland from a white man, in exchange for growing and picking eight bales of cotton, or more than 3,000 pounds, within two years.”

Okay, so such stories might make some actors tear up in a way that suggests they might be, um, acting.

None of which justifies the harsh words of critics like Morgan, who “sneers at ‘entertainers’ trafficking in emotions, as if emotion were fentanyl, discussing Gates in the same tone with which she describes Maury Povich, the trashy talk show host of the 1990s infamous for outing deadbeat dads with DNA tests,” writes Fraser.

Is it any wonder educated people are so often dismissed as dumb?

Any flaws in Finding Your Roots are a small price to pay to learn about the trials, triumphs and tribulations of how folks actually lived in 1922. Or 1822. Or 1722.

As Frasier sensibly notes, shows like Finding Your Roots “provide an accessible induction into American history.” And these days, “Americans desperately want stories about their past.”

And, this year, maybe it will be your own family roots Henry Louis Gates finds.

On this day: 250 Irish convicts survived a shipwreck in Australia, in 1791