Twins honored for saving their granny's life in a babysitting emergency

Four-year-old Irish twins Sean and Emma O’Sullivan heroically jumped to the rescue to save their Granny Ruth when they discovered they couldn’t wake her. 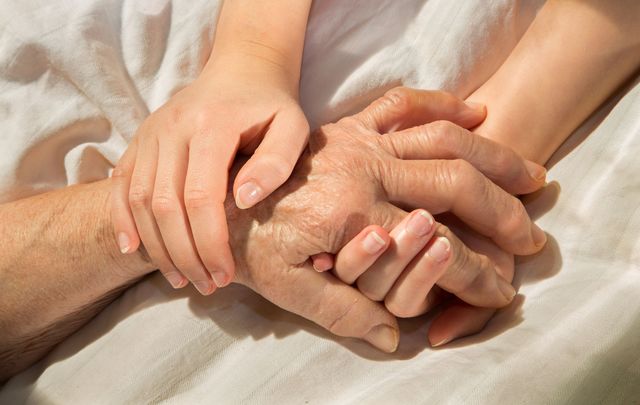 Four-year-old Irish twins Sean and Emma O’Sullivan heroically jumped to the rescue to save their Granny Ruth when they discovered they couldn’t wake her. Getty

Four-year-old Irish twins Sean and Emma O’Sullivan heroically saved their Granny Ruth when she had a seizure in her sleep.

The bravery of Sean and Emma O’Sullivan, twins from Clonakilty in West Cork, has been honored after the plucky four-year-olds saved their grandmother from potential brain damage.

Their Granny Ruth had been babysitting the twins overnight when Sean realized that he couldn’t wake her up. With some quick thinking, he and his sister came to her rescue, saving their granny's life will their level-headed action.

“At the time, we didn’t really appreciate the enormity of what had happened but as every day passes, we now realize just how lucky we are, and how great the twins were. They are our brave little heroes. The gods were looking after us,” their mom May told the Irish Examiner.

Sean realized something was wrong when he woke up and couldn’t get his granny to stir. Although he’d never used a phone before, he quickly found hers and started pressing buttons, eventually managing to call his granny’s husband Stephen who raced to the house.

Seán and Emma O'Sullivan from Clonakilty were honoured at their school in west Cork for saving their grandmother's life. https://t.co/0iuuMUIGNs

In the meantime, Sean also managed to call his mother, who was away on a short trip to Kerry.

"He’s never used a mobile phone before and I don’t know what caused him to pick up the phone but he just knew something was wrong,” May said.

“We were in a state in Tralee and couldn’t think straight. Brian was packing our bags as I was listening to all this unfolding on the phone.

“All I could think was that there were two helpless children in the house and that my mother had died. It was very frightening.”

It is believed that Ruth had suffered a seizure in the night and fell unconscious in bed. While Sean remained on the phone with his mother, he attempted to but chips in his granny’s mouth to help wake her up while his sister Emma helped by removing them from her face.

When Stephen arrived at the house, Sean pushed a bike up against the door so he could reach the lock to let him in.

#Cork #News twins Sean and Emma O’Sullivan (4) found their nanny unconscious and Sean grabbed her phone and called his grandad and mother and saved her life. They were given medals of #bravery at their Naíonra at Gaelscoil Mhicíl Uí Choilean in #Clonakilty ❤️ pic.twitter.com/WKYbC39lrR

“I could hear the paramedics coming into the room, and could hear what was being said,” May added.

“It was about 30-minutes before someone saw the phone on the floor and realized I was still on the line, and spoke to me about what was going on. It was the longest two-hour drive home.”

“She’s fine now, a bit emotional, but otherwise fine. Sean doesn’t think he didn’t anything special. Emma is affected a bit more by it but they are all fine now,” May said.