EU Council President Donald Tusk surprised Irish and British observers yesterday by announcing that the key to the UK’s future now lies - in some ways - in Dublin. 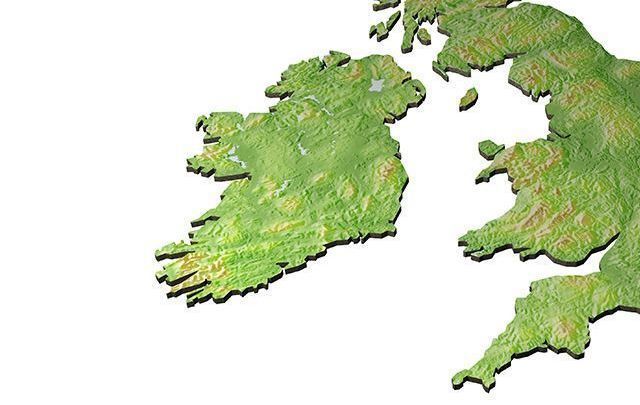 Speaking at a joint press conference in Dublin with Irish Taoiseach (prime minister) Leo Varadkar, Tusk said, "Before proposing guidelines on transition and future relations to the leaders, I will consult the Taoiseach if the UK offer is sufficient for the Irish Government."

"Let me say very clearly, if the UK offer is unacceptable for Ireland, it will also be unacceptable for the EU. I realize that for some British politicians this may be hard to understand," he continued.

"This is why the key to the UK’s future lies - in some ways - in Dublin, at least as long as Brexit negotiations continue."

Wow. Tusk announces in Dublin that Irish Government gets formal veto over Brexit sufficient progress - he will consult with Varadkar to sign off any move to next phase pic.twitter.com/nMpPqxpiQL

Tusk, a former prime minister of Poland, took the British government by surprise with the announcement and even seasoned Irish commentators sounded bemused and delighted by the development, with some wondering what Michael Collins would have made of irony of the Irish deciding the future direction of the UK?

So 100 years on, UK's future to be decided in Dublin - what would Micheal Collins make of that??🤔😄😄 https://t.co/Iys8SqXDGZ

Meanwhile the latest so-called 'deal' to avoid a hard border collapsed this week after the Democratic Unionist Party (DUP) threatened to withdraw their support for Theresa May's minority government.

East Antrim Member of Parliament Sammy Wilson told the press that any attempt to "placate Dublin and the EU" by allowing Northern Ireland to have different customs rules from Britain would jeopardize their party's tentative agreement to prop up the Tory government.

Upping the ante even further DUP leader Arlene Foster said that ministers have a "clear understanding that the DUP will not countenance any arrangement that could lead to a new border being created in the Irish Sea."

However the Republic's new Taniste (deputy prime minister) Simon Coveney countered that Dublin was unwilling to take a "leap into the dark" to allow the move on to the second phase of Brexit negotiations, if they were based on the vague assurances the Irish government have been receiving that the border will be kept open.

On Friday Tusk told the press that he has given British Prime Minister Theresa May a deadline of Monday to make her "final offer" on the Irish border before EU leaders decide whether "sufficient progress" has been made to move the talks on to their future relationship.

Tusk pointedly reiterated there can not be a division between the other EU member states and Ireland. "The EU is fully behind you and your request that there should be no hard border on the island of Ireland after Brexit," he told Varadkar. "The Irish request is the EU’s request."

"The UK started Brexit, and now it is their responsibility to propose a credible commitment to do what is necessary to avoid a hard border," Tusk concluded. Later he Tweeted a famous Irish proverb that states that for real progress to happen all sides must be in broad agreement.