The comedian could have been fined $27,000 for calling God stupid and mean-minded on Irish television. 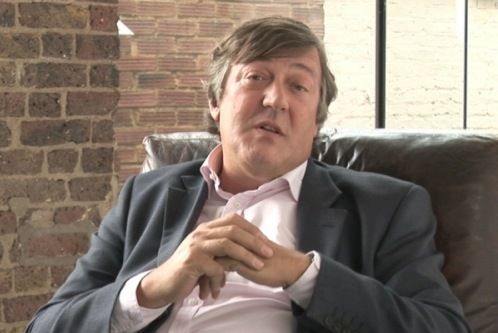 The Irish police (gardaí) have dismissed a complaint that remarks made by British comedian Stephen Fry to the national broadcaster were blasphemous.

Fry was interviewed by RTÉ in 2013 about his religious beliefs and told presenter Gay Byrne that if he ever came face to face with the Almighty his question would be, “How dare you? How dare you create a world where there is such misery that is not our fault? It’s not right, it’s utterly, utterly evil. Why should I respect a capricious, mean minded, stupid God who creates a world that is so full of injustice and pain?”

Such a statement could have been ruled illegal under Ireland’s Defamation act 2009 which prohibits "Publication or utterance of blasphemous matter" - although exceptions are made for content that is deemed artistic, scientific or academic. Anyone found guilty may be fined up to $27,000.

Very uncool of Ireland to investigate Stephen Fry after everything he's done for the Irish language.

Such a law is required by Article 40.6.1.i. of the Irish Constitution that states, “The publication or utterance of blasphemous, seditious, or indecent matter is an offence which shall be punishable in accordance with law.”

The man who made the complaint against Fry said he’s satisfied with how the case was handled, "I did my civic duty in reporting it,” he told the Irish Independent. “The guards did their duty in investigating it. I am satisfied with the result and I don't want to comment further."

Ultimately a police source said they concluded, "This man was simply a witness and not an injured party. Gardaí were unable to find a substantial number of outraged people. For this reason the investigation has been concluded."

Read More: Ireland has disgraced itself with its farcical blasphemy laws

However the outcome failed to mollify the pressure group Atheist Ireland and the organization’s chair Michael Nugent said the gardaí’s explanation for dropping the case was "even more dangerous than a prosecution would have been.

"This creates an incentive for people to demonstrate outrage when they see or hear something that they believe is blasphemous. It also shows that the police take our blasphemy law seriously, as indeed they should do, regardless of the nod and wink attitude of our legislators."