The unnamed Irishman moved to Australia as a baby. 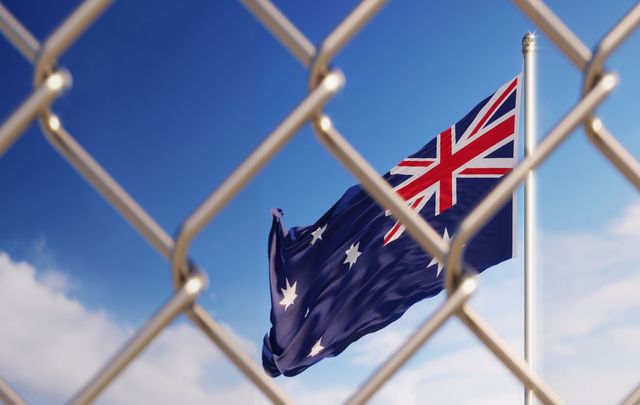 “I’m desperate for my partner to stay in Australia.” Getty

An Irishman faces deportation from Australia for a crime his wife claims was one mistake.

An Irishman who moved to Australia as a baby over 50 years ago could be deported back to Ireland because of the controversial Migrant Act, the Australian Irish Echo reports.

Despite having no memory of ever living in Ireland and being the primary caregiver to his Australian fiancé who suffers from a chronic illness, the Dublin-born man could be sent back to Ireland because of his 2016 incarceration.

Neither the Irishman or his fiancé wished to be named but under the alias Linda Hughes, his wife told the Irish Echo that she was “angry” that one mistake could cause an Australian permanent resident to be sent back to Ireland, a country he does not know.

“Sometimes people do things out of character, they’re not repeat offenders,” she told the Irish Echo.

“I’m desperate for my partner to stay in Australia.”

The man’s criminal record has not been disclosed but it is reported that he served the minimum two and a half years of his sentence. His fiancé also claims that he has been assessed and deemed no threat to society.

According to the controversial Migrant Act, under section 501 the Minister for Home Affairs in Australia is free to cancel the visa of any immigrant if they fail a character test due to criminal conduct or potential danger to the Australian community.   Immigrants were once protected from deportation if they had held permanent resident status for ten or more years but section 501 has now taken this protection away, allowing non-citizens to be deported at any time, regardless of the amount of time they have spent as permanent residents in Australia.

The Irishman was initially told last February that he would be deported but is still awaiting confirmation of his status.

“We’ve heard nothing from Immigration,” his partner said.

The annual Pittsburgh Irish Festival is back - here's what you can expect
Top caravan and camping sites for your Irish vacation
Old hand-colored photos of Ireland’s heritage sites give glimpse into past
WATCH: Choir's infectious rendition of ancient Irish language song
What are the words to “Danny Boy”?
The pagan origins of Co Kerry's ancient Puck Fair
LISTEN: The best Irish music from the movies
LISTEN: A history of the Great Hunger ballad "Skibbereen"
This Irish island wants you and your family to live there for a year ... rent-free!