Eric Locke has been accused of murdering Sonia Blount in a room at the Plaza Hotel in Tallaght in February 2014. 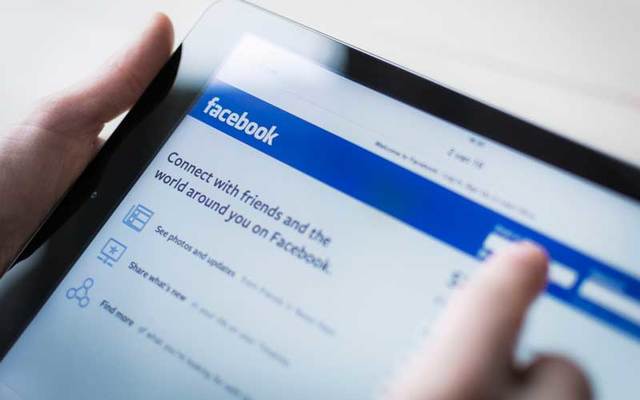 The image of a Facebook screen on a tablet device. iStock

A Dublin man set up a fake Facebook account to meet with his ex-girlfriend and kill her.

Sonia Blount had wondered if Eric Locke, whom she described as “a fruit loop,” was behind the Facebook account, but she was satisfied he was not before agreeing to the meeting, The Irish Times reports.

Locke, 35, stood trial on Friday at the Central Criminal Court, where he’s charged with murdering the 31-year-old in a room at the Plaza Hotel in Tallaght on February 16, 2014.

Locke, who handed himself in at a city garda station after the murder, has pleaded not guilty but admits to causing the death of the mother-of-one, who was found strangled and suffocated.

According to the woman’s sister, Claire Reddan, Blount had been worried about Locke after he had threatened suicide and gone missing that January.

“She just couldn’t believe this was happening with someone. There wasn’t a major relationship there to cause this,” explained Reddan. “She told me that he kept texting her all the time and she kept saying, ‘it’s not what I want,’ to just leave her alone,” she said.

She said her sister had posted on Facebook on February 9th, that “The Shit’s going to hit the fan.”

“I knew it was obviously about Eric,” she said, recalling that she had asked her sister about it. “She said he was freaking her out, staring at her in work,” she said. “She was going to ask to change shifts so she didn’t have to see him. She said, ‘he’s a proper fruit loop.’”

Aisling Halloran, a friend and colleague of Blount’s, testified that Sonia had told her about their fight on their last date.

“She was out having a smoke and talking to another guy,” she said. “He came out and told her she was taking too long. He called her a slut.”

Blount told her friend that she was going to meet a man named Shane Cully, who had become friends with her on Facebook.

“I said, ‘Are you sure that’s not Eric just pretending to be someone else?’ She said the thought crossed her mind,” explained Halloran. “But she asked him to send her a selfie.”

She said he had, and that she was satisfied it wasn't Eric.

Previously, the court heard that Locke tried to have Blount’s Facebook and email account hacked a week before he is alleged to have murdered her.

The day after his last text message exchange with Blount on February 8, 2014, Locke asked his sister Kim Locke to inquire if an acquaintance could hack his ex-girlfriend’s Facebook page.

“I need a favour. I’m back with that girl,” he told his sister.

“She’s ripping me off behind my back.”

Locke was told it could not be done because her profile was private. His sister advised him to either approach the girl or walk away.

Locke then asked if “Tappo” could hack into emails. He was told no.

During the trial on Friday, Detective Garda Camon Ryan told prosecutor Remy Farrell SC, that he began interviewing the Locke that night, after he’d turned himself in.

Eric Locke had told police he strangled the woman when she screamed after seeing the pellet gun, Stanley knife and cable ties he had brought to frighten her.

Trial hears of messages sent between Sonia Blount & fake online profile set up by the man accused of her murder. More at 5.30 #3News pic.twitter.com/eV8m0O6joE

He said he’d been suffering with depression for many years, but when he met Blount a few months earlier it brought him “back up.” Four weeks before the murder, they broke up and Blount ended all communication with him.

“It brought me back down,” he said.

He set up a fake Facebook account in the name of Shane Cully, and arranged to meet Blount through it.

“I went into town. I purchased masking tape, cable ties, a pellet gun and a Stanley blade,” he recalled. “I just wanted to frighten her. I didn’t mean to do it.”

He used the keycard that she’d left at reception to let himself into the room.

He told her he just wanted to talk and asked her why she broke off contact with him.

He said that Blount didn’t ask him to leave but wanted them to leave the room together.

“I thought that once we got to reception she’d just scream and that’s what stopped me,” he said. “I took out the things and put them on the bed and she was terrified. She was frantic. We had a fight and it happened. I used my hands on her neck.”

When asked what she’d done while he had been strangling her, he pointed to scratches on his face.

While he initially denied using anything other than his hands, he later admitted to using the cable of a phone charger “briefly,” after the bloodstained charger was shown to him.

Locke said he had put her top in her mouth because he panicked.

“She was breathing heavy. I thought someone would hear,” he explained.

He said he left around 6am and said he wasn’t sure if she was dead. He said he had attempted suicide before deciding to hand himself in.

Locke denied raping her, claiming they had consensual sex before she saw the items he’d brought.

In his final interview, he told officers that he hadn’t known the difference between killing and murdering. “I’m confessing to killing Sonia, not murdering, because I didn’t intend for her to die,” he said.