The measures were announced ahead of the reopening of outdoor dining in Ireland on June 7. 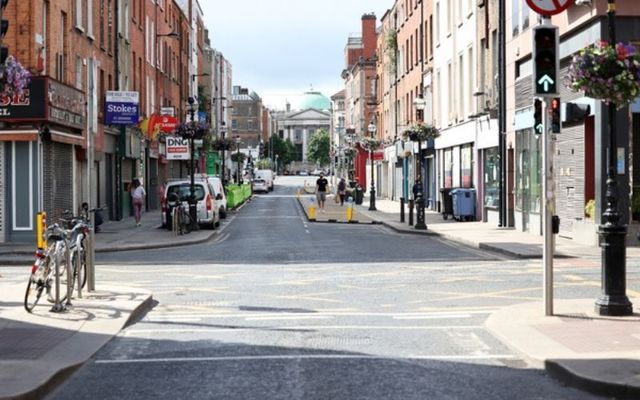 Dublin's Capel Street will be made fully pedestrianized on weekend nights from next Friday. Rolling News

Traffic will be banned from Capel Street and Parliament Street from 6:30 p.m. to 11:30 p.m. on Fridays, Saturdays, and Sundays between June 11 and July 18 to facilitate outdoor dining.

Dublin City Council has already eliminated most on-street parking on Capel Street to create space for tables and chairs and will also fully pedestrianize a 60-meter section of the street running from Parnell Street to Ryder's Row on a permanent basis from June 11.

The measures were announced ahead of the reopening of outdoor dining in Ireland on June 7.

However, businesses on Parliament Street have asked the council to reduce traffic to one lane and remove loading bays on a full-time basis.

All 19 businesses on the street, including 16 hospitality-based businesses, have signed a petition asking the council to widen the footpath and reduce traffic from two lanes to one to create more space for outdoor dining. They also asked the council to remove both loading bays from the side of the street.

The businesses say that such measures will take pressure off nearby South William Street, which has been a popular location for outdoor gatherings in recent weeks. They also say that it would represent a natural continuation of the widening of the footpath on Capel Street, which faces Parliament Street from the opposite side of the River Liffey.

The group told the Irish Times that they have been unable to secure a commitment from Dublin City Council to implement the measures.

Paul Keville, who runs Stoned Pizza on Parliament Street, told the Irish Times the council would create " a lifeline" for struggling businesses on the street if it implemented the measures.

"We have put together a carefully considered and thought-out proposal that would maximize the widening of footpaths on Parliament Street, allowing businesses to avail of outside seating, while not harming the Dublin Bus public transport link or hindering emergency service access," Keville told the Irish Times.

Dublin City Council told Keville that it will do everything it can to support businesses on Parliament Street but that it must also consider the "cost aspect" of the proposal.