Few criminals have repulsed and lingered longer than these unrepentant child killers in the memories of the British people. 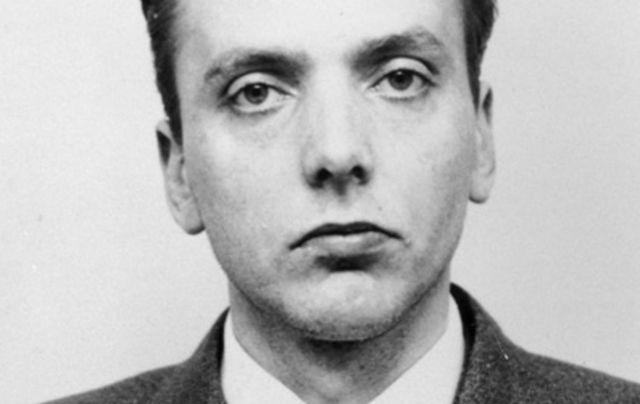 Child killer and rapist Ian Brady has died unrepentant and unloved.  The 79-year-old stepson of an Irish fruit seller, Patrick Brady, has a place etched in history as one of the most reviled criminals in British history.

His path towards infamy began in 1961 when he met Myra Hindley; she was a typist and her diary recorded a growing infatuation with Brady, whose history as a petty criminal only added to his allure.

In December he asked her out and the relationship grew into a mundane, if perverse routine, of dates to see violent films and lunch breaks in which they read to each other about German atrocities in the Second World War.

Nazi fantasies and sexual domination: Inside the twisted relationship of the Moors Murderers https://t.co/eE3RbWt3jA pic.twitter.com/3MYURrxSt4

On July 12, 1963, Brady ordered Hindley to bring him a child and the unfortunate victim was 16-year-old Pauline Reade, a girl on her way to a dance.

Brady slashed her throat and raped her. He refused to admit his guilt for nearly two decades and it was not until 1987 that, after a search lasting 100 days, that her body was found on the misty Yorkshire Moors.

In total Brady and Hindley would kill a further four children between the ages of ten and 17 but to this day only four bodies have been recovered.

The final body still missing is that of Keith Bennett - a 12-year-old on the way to visit his grandmother when Hindley lured him into her van. She drove him to the Moor where Brady was waiting and kept watch whilst he assaulted and then strangled him to death.

To this day his body remains undiscovered; his mother was diagnosed with cancer in 2012 and issued a final plea to Brady in prison, begging him to reveal the location of her son’s body.

Rather than rant about that horrible person dying I would like to post this picture of #KeithBennett who's murdered body had never bn found. pic.twitter.com/R4jhCdz2xt

“If you've got any decency and respect for yourself and me you will tell me where Keith is because that's the last thing I want to happen before I die,” she pleaded.But her dying wish fell on deaf ears and she died haunted by her failure to give her son a Christian burial.

Brady’s ultimate undoing came when he murdered Edward Evans, a 17-year-old apprentice engineer whom he had met at a railway station. Brady struck him fourteen times but his actions were witnessed by Hindley's teenage brother-in-law who went home after a cup of tea, vomited and told his wife, Maureen, who reported her own sister and Brady to the police.

Their trial for the murder of three children - there was deemed insufficient evidence for the other two - lasted only a fortnight but stirred nationwide revulsion mere weeks after the British Parliament had voted to abandon capital punishment for all but a handful of crimes.

The chief witness for the Crown prosecution was Hindley's brother-in-law, David, who was found mid-trial to have agreed to sell his story to the News of the World if the pair were found guilty, something the judge described as a "gross interference with the course of justice".

The most distressing of evidence came when a tape of the last moments of Lesley Ann Downer was played to the court; Lesley Ann pleaded with Brady as he raped her, “Please”, “Don’t undress me, will you?”, “I want to see mummy” and “Let me go” before Christmas music was heard and then silence. Two women in the public gallery put their hands to their ears and another burst into tears.

Brady and Hindley did not change their composure; she took copious notes and he held his chin in his left hand.

In sentencing them to three life sentences each, to be served back to back, Mr. Justice Atkinson declared Brady as “wicked beyond belief” but Hindley potentially reformable "once she is removed from [Brady's] influence".

Brady was incarcerated at HM Prison Durham where he was held in solitary confinement, his main contact with the outside world being long-winded letters to the prison reform advocate and Irish peer, Lord Longford.

Lord Longford concluded he was “brilliant but bonkers” and helped get him diagnosed as a psychopath, something Brady never forgave him for.

In prison he studied German and psychology, learned Shakespeare and Plato by heart and cut the hair of his prison guards; he once justified his crimes to a doctor as “existential exercises, personal philosophy and interpretation”, adding that his sins were “petty compared to [those of] politicians and soldiers”.

In 1999 he went on hunger strike and as he was being held under the Mental Health Act he was force fed by staff. His doctors claimed that his motive was narcissism and a desire for the spotlight because despite claiming a desire to die he would often administer his feeds himself.

On May 15 he died of lung cancer; the coroner initially refused to release his body until assurances were given that his ashes were not be scattered over the Yorkshire Moors, as was believed to have been requested in his will.

Now it’s thought he wanted his ashes to be scattered in his home city of Glasgow; the city council however made clear they would have nothing to do with him.

"We have not had such a request but we would refuse that request,” a spokesman said.

"We would advise the private crematoria not to accept the request or any such request should it be forthcoming. There has not been any request made."

With public revulsion still high, his ashes will probably be scattered in secret. Meaning, much like Keith Bennett’s final resting place, his too will be unknown and unvisited.