Majella Fagan, a holistic practitioner at Green Tara College, is campaigning against a contentious planning application that would allow a local meat factory to discharge waste water into the River Boyne through a proposed pipeline. 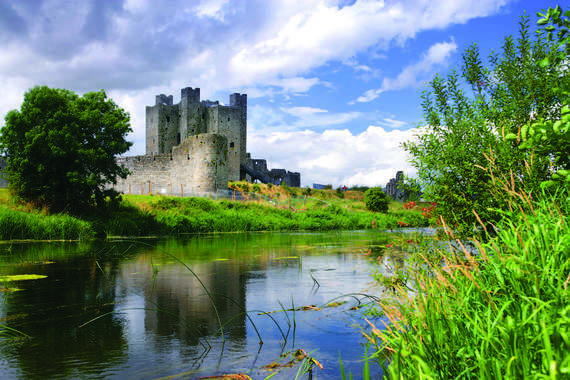 The River Boyne as it flows past Trim Castle in County Meath. Rolling News

A holistic practitioner in County Meath believes that the River Boyne near the Newgrange passage tomb should be given the same rights as a human being to help protect it from the threat of pollution.

Majella Fagan, a practitioner at Green Tara College, is campaigning against a contentious planning application that would allow a local meat factory to discharge waste water into the River Boyne through a proposed pipeline.

Fagan runs the spiritual training college along with Dr. Owen Dainow and believes that the River Boyne could be granted the same legal protection as the Whanganui River in New Zealand, which was granted legal personhood in an attempt to protect the environment.

"For me it’s a spiritual person not just a river. In New Zealand recently a river got its own rights from the government as a person with the right not to be polluted and many countries are following in the footpath," Fagan told the Meath Chronicle.

She said that legal personhood would ensure people would receive legal treatment similar to if they harmed another being if they damaged the River Boyne.

Fagan and Dainow are campaigning against a planning application from Dawn Meats after the company applied to the Meath County Council to build a pipeline running from their plant in Beauparc to the Cotton Mills along the River Boyne.

The pipeline would discharge waste water from the plant into the river and Dainow said that the proposal was similar to suggesting running a sewarage pipe through a Catholic church.

"For us, the Boyne is more than just a river, it’s part of what it means to be Irish," Dainow said.

"It is also a sacred site in the way that for Christians a church might be."

He also pointed to the fact that the River Boyne runs close to the UNESCO World Heritage Site at Newgrange.

"Newgrange is one of the most visited sites in the country and the Boyne is right next to it and we want to pollute it?"

Dainow said that legal protection was the only way to protect Ireland's natural landmarks from environmental damage caused by large corporations.

Public consultation for the proposed pipeline concluded on April 8 and the Meath County Council is set to make a decision by April 29.