Basketball Ireland to create up to 10 centers of excellence

Basketball Ireland is keen to capitalize on a surge in interest in basketball on Irish shores. 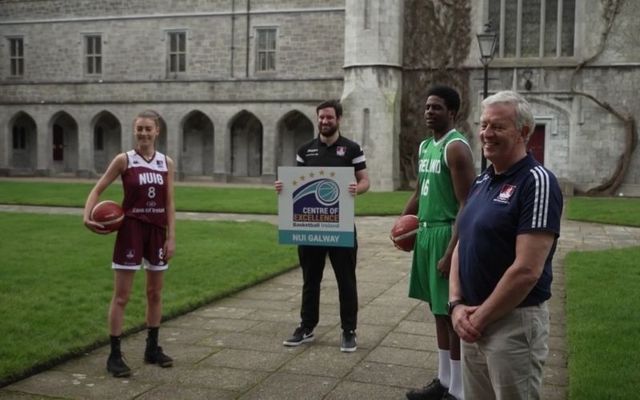 Basketball Ireland has unveiled an ambitious plan to create up to 10 centers of excellence in locations across the island of Ireland.

The governing body has confirmed that centers of excellence will be created at NUI Galway and Ulster University in Belfast, while talks are ongoing with several third-level institutions located throughout Ireland.

Basketball Ireland said that it will create between eight and ten centers around Ireland, which will offer access to experts in numerous fields, including strength and conditioning, sports medicine, sports psychology, diet and nutrition, sports management and administration, and coach development and training. The centers will additionally feature media and meeting facilities.

They will also host training camps for international teams, while Basketball Ireland academies will additionally use the centers.

Bernard O’Byrne, the CEO of Basketball Ireland who spearheaded the initiative along with his colleague Colman O'Flynn, said that the centers would give Irish basketball players the best chance of success on the international stage.

"We are delighted to be teaming up with NUI Galway and Ulster University. Both institutions have wonderful facilities and a proven track record in sport, developing athletes for elite competition," O'Byrne said in a statement.

"These Centres of Excellence are a major infrastructural initiative by Basketball Ireland to deliver world-class facilities and will give our international players and teams the best chance of success when they compete.

"These Centres of Excellence will be geographically spread, meaning there will be top-of-the-range resources available to local basketball communities in every corner of the country. We want everyone participating in the sport to have the opportunity to fulfill their potential."

O'Bryne said that interest in basketball has skyrocketed in Ireland in recent years and said that Basketball Ireland was keen to capitalize on the sport's newfound popularity.