"It’s a very severe and very significant crisis.  Quite honestly, the likelihood of any improvement in the short term is zero.” 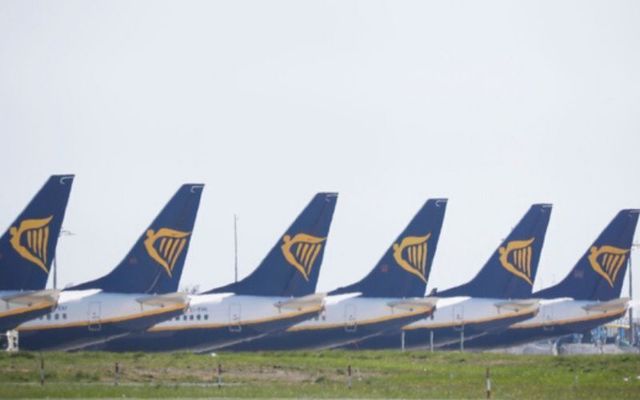 Ryanair said it plans to restore 40 percent of flight schedules on 90 percent of its restored route network. RollingNews

Ryanair is set to put 1,000 flights a day in the air by July 1 – but passengers cannot use the toilets without first seeking crew permission.

The announcement on Tuesday came a day after the head of Aer Lingus’ parent company said it was fighting for its life in a bleak industry.

Low-cost Ryanair said it plans to restore 40 percent of flight schedules on 90 percent of its restored route network.  This means fewer flights will be flown on routes than was the case before COVID-19 lockdowns.

The airline said its plans were subject to governments lifting travel bans within the EU, and public health measures being put in place in airports.

Ryanair believes that airports should carry out temperature checks as passengers enter them. EU airports have yet to agree to take these steps.

There will be no queuing for toilets. Access will be available on request.

“Ryanair will work closely with public health authorities to ensure that these flights comply, where possible, with effective measures to limit the spread of COVID-19,” Wilson said.

He pointed out that Ryanair already had some experience of operating with COVID-19 as it had been flying skeleton services between Dublin, London and other destinations.

Meanwhile, Willie Walsh, the chief executive of Aer Lingus’s parent company, British-based IAG, said on Monday the group is currently receiving no revenue, that it will take at least three years for demand to return to 2019 levels, and that government restrictions are only making matters worse.

Walsh outlined a bleak picture for the aviation industry at the House of Commons Transport Select Committee on Monday. He said his company was fighting for its life.

He told MPs, “It’s a very severe and very significant crisis.  Quite honestly, the likelihood of any improvement in the short term is zero.”

Walsh said the announcement by Prime Minister Boris Johnson on Sunday of a 14-day quarantine for people entering the U.K. was “definitely going to make it worse” and that the company would now review plans to resume flights in July.

He added, “Our restructuring is solely driven by the fact that we are now in the deepest downturn that the aviation industry has ever seen.”