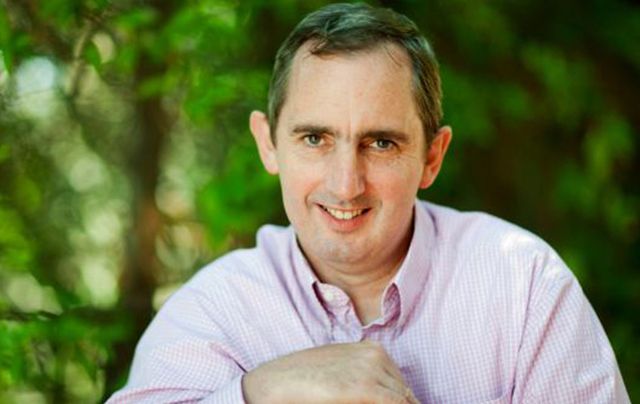 Serial technology entrepreneur Jerry Kennelly is a game changer. As the founder and CEO of Tweak.com, he had a burning desire to make it easier for businesses to access great design and print. Previously, as the founder and CEO of Stockbyte, a royalty free stock photography company acquired by Getty Images in 2006, his vision was to offer exceptional stock photos at affordable prices. Virtually every step along his journey from success to new venture seems to have been carefully planned. Speaking to the Irish International Business Network in New York, the Kerry native talks about life as an entrepreneur and what it really takes to build a global business.

As only fitting for a photojournalist and design company founder, it’s the images that get your attention when Jerry Kennelly talks about his journey. He starts with black and white visuals of innocent looking boys idling by a window; another shows a gaggle of boys sitting obediently in class while nuns hover over. “We were unassuming models – natural subjects for our father who, with our mother ran a photography business,” explains Kennelly. As the images turn to color, he fast forwards a few decades and we witness the subject become the photographer and see his photos on the cover of TIME and Newsweek magazine. By the 1990’s to the mid 2000’s, magazines and global companies are using images from Kennelly’s royalty free library, Stockbyte. Getty Images notices and in 2006 paid him $135 million for the company. Two years later Kennelly turns his eye to disrupting the world of design and print with Tweak.com. After many technical ups and downs, he built and launched an online platform to give small businesses access to Madison Avenue style design at a fair price. His clients range from a hairdresser in Germany to a lawyer in Brazil who can now design their own marketing materials. “Design for All” is a popular company motto. In 2016, he launched Tweak Cloud to make it easy for companies to edit their designs online.

Kennelly subscribes to Malcolm Gladwell’s 10,000 hour rule outlined in his book, “Outliers” which states it takes about 10,000 hours of deliberate practice to become an expert in an activity. The practice grounded in natural ability is what manifests real success wrote Gladwell. It’s clear Kennelly exceeded the 10,000 hour rule and had an enormous advantage: he had years of hands-on training in the family business of photography and publishing from an early age. At age 11, he started taking and later publishing photos in national newspapers. In 1974, his parents launched a local newspaper called Kerry’s Eye. The paper gave him the opportunity to immerse himself in various roles of the business. “I grew up around technology – we had a telex in the kitchen,” says Kennelly. “My parents were all about having the best equipment and innovative production practices,” he recalls. The long hours, striving to get the best images, and a father who was a great teacher and mentor were all factors that would have a profound impact on his life.

Kennelly states that his motivation was never about the money but about creating new business models and solving problems. With Tweak, he had a personal ambition to solve a problem about access to affordable, high quality design tools. The common traits he sees in other founders are passion and selfbelief. “Most of the founders I know have been through the wars and have struggled financially. Innovation is risky and only a small percentage of businesses will succeed or earn a steady income,” he says. His secrets to success — think about the customer rather than the money, persevere through the failures, hire the best talent and put in the hours. Overall, he says when he mentors people he checks their personal potential, their DNA. He stresses the continuous hard work, and the sacrifices that will be made. “There’s no place to hide in a start-up. You have to be worth your salary and contribute to the team or you’re out.”

Inspire the Next Generation

Kennelly is on a mission to share his passion for entrepreneurship as a viable career option with children. Through his involvement with the Junior Entrepreneur program, primary school children create and launch business ventures from their classrooms and meet face to face with company founders. The program teaches children that they can be business owners, and helps them make more informed choices about future careers. Kennelly is undoubtedly one of Ireland’s leading serial entrepreneurs known for building companies, creating jobs and wealth, and increasingly, for inspiring a growing generation of young business people. He can’t help it – it’s in his DNA.

Maura Kelly is a member of the Board of Directors, IIBN-New York and an Emmy-award winning media and marketing executive. Twitter @MauraKellyMedia