Forbes faced criticism after a profile picture on Stripe co-founders Patrick and John Collison labeled Limerick as "stab city" and the "murder capital of Europe". 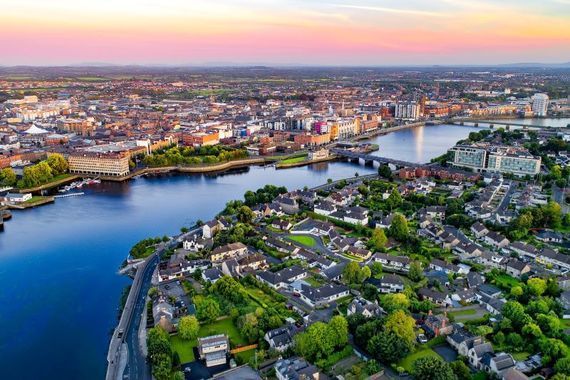 Forbes editor Randall Lane will travel to Limerick to host the event when it is safe to do so. Getty

The editor of Forbes Magazine is set to travel to Limerick to host a "30 under 30" event after a recent Forbes profile piece on Stripe co-founders John and Patrick Collison drew criticism for labeling Limerick City as "stab city".

Mayor of Limerick City and County Michael Collins wrote to Forbes editor Randall Lane to invite him to visit Limerick shortly after the publication of the controversial profile piece and the Mayor has revealed that Lane has taken him up on his offer.

Mayor Collins said that Lane will travel to Limerick to host the event when it is safe to do so.

The "30 under 30" event will be aimed at the young entrepreneurs of Limerick City and will be covered on Forbes' global platforms, which reach an audience of 200 million people every month.

"This is a creative solution and a positive opportunity that Randall Lane, Editor of Forbes, has presented so that a global audience can see the talent that Limerick has incubated," Collins told the Irish Independent.

"In a city where more than 50pc of the population is under 35, I think Forbes will be spoilt for choice with some of the brightest minds and talent that is emerging here. And I look forward to the story of Limerick’s young, creative and bold minds being showcased to the world at a time when it’s safe to do so."

Collins wrote to Lane in the wake of a controversial profile piece on the Collison brothers that appeared on Forbes' website on April 9.

Forbes removed the piece shortly afterward, citing that it failed to meet their editorial standards.

"Many folks think Ireland is all rolling green hills and five-star golf courses. But in the middle of the Irish countryside is a city called Limerick - known as the ‘murder capital’ of Europe," the article stated.

The article also described Limerick City as a "warzone" dominated by gangland feuds and erroneously stated that "shootings, pipe bomb attacks, and stabbings" were a nightly occurrence.

The article prompted a furious backlash from Limerick politicians and residents, while John and Patrick Collison also took to Twitter to voice their disapproval, with John Collison describing the article as "daft".

However, Mayor Michael Collins said that Lane's upcoming trip to Limerick was an opportunity to "tell the great Limerick story".

"I look forward to our marketing and communications team working with Forbes to bring Limerick’s innovation, entrepreneurship and talent to the world," he said.