Only one Irish author being considered for Booker Prize 2020

Colum McCann is the only Irish author on the 13-person longlist. 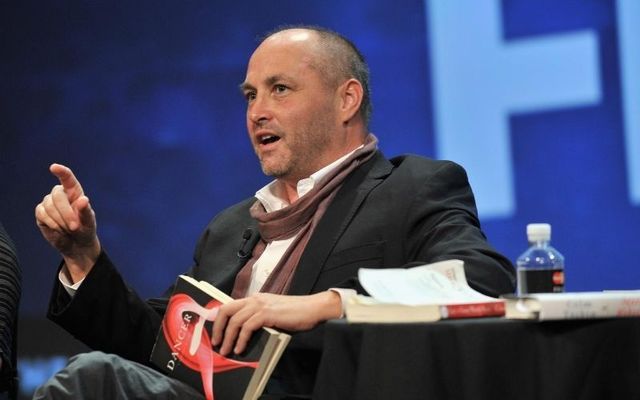 Colum McCann is the only Irish author on the esteemed longlist. Getty

Only one Irish author has been nominated for the esteemed Booker Prize in a longlist dominated by British and American authors.

Colum McCann is among 13 novelists up for the literary award for 'Apeirogon', a novel based on the true stories of two fathers - one Israeli and one Palestinian - who both lost children in the conflict between the two nations.

The New York-based author said that is a strange feeling but a "tremendous honor" to be nominated for the famous award.

McCann said that his mother would be "jumping out of her chair" at the news of his nomination and that his phone and email address have been "blowing up" since the news broke earlier this week.

Read more: Call to ban “To Kill a Mockingbird” from Irish schools because of racist text

"There could have been any number of Irish writers alongside me, that has to be said first and foremost. There are a number of great books that came out this year from Irish writers," he told Morning Ireland on RTÉ Radio One.

McCann additionally pointed to the fact that eight of the 13 nominees were young writers at a time when the world is in a "political moment" and new stories were being told.

"I think the list, whether consciously or unconsciously or subconsciously, sort of reflects the new political moment, in that there are eight debut, first-time authors. That doesn’t normally happen for an award like this."

McCann's novel is a thought-provoking piece about two bereaved parents and what it might mean to end the conflict in the Middle-East.

He is joined on the list by Hillary Mantel, whose entry "The Mirror and The Light" is one of the frontrunners in this year's awards. Mantel's novel is the third installment in Mantel's Thomas Cromwell trilogy, which charts the rise and fall of a powerful minister in the court of King Henry VIII.

Zimbabwean author Tsitsi Dangarembga also makes the longlist for "This Mournable Body", which documents the obstacles facing young women in Zimbabwe. You can see the full longlist of nominated authors below.

A shortlist of six books will be announced on September 15, while the winner of the award will be announced in November. Last year, the £50,000 ($65,000) prize was jointly won by Bernardine Evaristo (Girl, Woman, Other) and Margaret Atwood (The Testaments).

Read more: IrishCentral’s Book of the Month: "The Pull of the Stars” by Emma Donoghue