Margaret McAtamney has been suffering from COVID-19 symptoms for eight months. 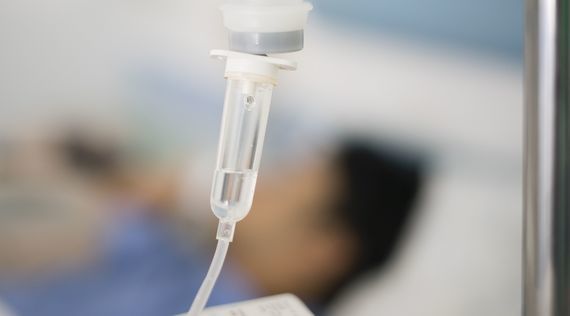 Margaret McAtamney was diagnosed with COVID-19 at the very outbreak of the pandemic in Northern Ireland. Getty

A teacher in Belfast was forced to quit her job due to her eight-month struggle with Long COVID.

Margaret McAtamney, 48, was diagnosed with the coronavirus in March at the beginning of the outbreak in Northern Ireland, but she is still struggling with debilitating symptoms of the virus now.

McAtamney is among a tiny portion of COVID-19 patients who are still plagued with draining symptoms of the virus more than six months after first being diagnosed.

Around 1% of all COVID patients still experience symptoms more than six months after they were first diagnosed and, in McAtamney's case, she struggles with a debilitating cough and shortness of breath.

A secondary school art teacher, McAtamney was forced to quit her job due to the fact that her throat was too swollen to teach a class full of kids.

"I can't work, I had to leave a really well-paid job," she told FEMAIL. "I couldn't teach the kids, my throat was swollen and I couldn't even walk around the room. I have a small amount of savings, but that's not going to last forever."

McAtamney told FEMAIL that is she still holding up well, despite the difficult circumstances she finds herself in.

"I'm surprised I've managed to hold it together like I have because you could easily go under. I think a lot of people would turn to drink and drugs and goodness knows what to get through, but that's the worst thing you could do."

The secondary school teacher is part of a Facebook group for people suffering from Long COVID and said that the overriding feeling in the group is that they have been forgotten by the British Government.

She said that Long COVID can easily affect someone's mental health, but there is little by way of support.

"I don't think there's any support. In Northern Ireland, the only help we have is from our GP, and they've said there's nothing else they can do, we are just sent home and told to manage our symptoms. I think it's appalling," she told FEMAIL.

McAtamney manages her condition through a cocktail of pharmaceutical drugs and steroid inhalers and experiences the worst symptoms in the mornings and at night, she said.

She had plans to launch her own craft business in March but had to shelve those plans due to her condition, saying that she was far too ill for the first two or three months of her infection to even think about starting a business.

She is now able to work for two to three hours a day, but she is still plagued by her condition and is frequently forced to lie down for the rest of the day due to fatigue.

Approximately 60,000 COVID patients in the UK reportedly suffer from Long COVID as health experts continue to search for solutions and explanations.

For McAtamney, she has found some support from the British Lung Foundation but still worries about her future having lost her job and her business.