On This Day: Kerrygold butter launches for the first time in 1962

Did you know that Kerrygold debuted in the UK more than a decade before it went on sale in Ireland? 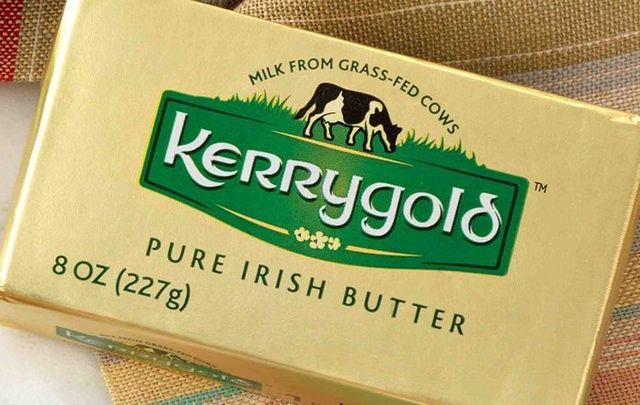 Kerrygold may have been called Leprechaun! Kerrygold.com

Kerrygold butter is one of Ireland's greatest success stories.

Editor's note: On October 8, 1962, one of the world's most famous butter brands, Kerrygold, was launched to the worldwide market. To celebrate, we're looking at Kerrygold in the US market and how it easily conquered America.

Could you imagine spreading some Leprechaun on your toast or using it to mash your spuds? Well, you may have readily done so had that been chosen as the top name for the famous Irish brand thankfully now known as Kerrygold.

Leprechaun had been among 60 names selected in a list of options for the Irish brand upon its creation, with other suggestions including Shannon Gold, Buttercup, and Tub-o-gold.

Maybe we could have greeted Leprechaun with the same vigor that we now do Kerrygold, but we have to say that we're very glad it was not picked as the number one choice!

With Kerrygold as the winning name, Kerrygold was launched for the first time, not in Ireland, but in the United Kingdom, in 1962. (It was eleven years later in 1973 before Kerrygold went on sale in Ireland!)

No matter the name, nobody can doubt the taste and deliciousness of Kerrygold products. If you're feeling peckish, check out these delectable recipes that feature Kerrygold - though there's no arguing with just a healthy slab of it on a warm piece of toast, either!

Watch the video below to find more great facts about Kerrygold:

As part of IrishCentral's celebration of Irish business and brands throughout July, we take a look at one of the greatest Irish brands of them all, Kerrygold ☘️ More info here: http://bit.ly/2SfLYuP