Sometimes, you just have to take matters into your own hand - and that's just what Scott Overend has done. 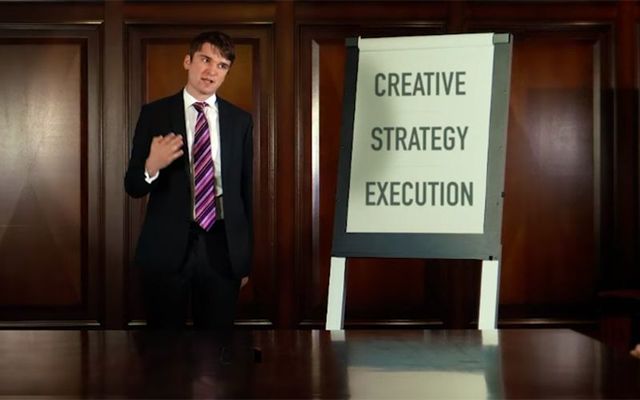 Sometimes, you just have to take matters into your own hand - and that's just what Scott Overend has done.

The Dubliner has a dream of working for a top advertising agency in London. In an increasingly competitive time for job seekers - Overend is attempting to think outside the box.

After he finished his exams, Overend sold his car and used the money to finance an advertising campaign; advertising himself that is.

The point of the campaign is to show his ingenuity, and prove the kind of campaign he would be able to create for future clients

His new website www.ifibecame-selfdirected.com and the accompanying video aims to feature what kind of  scenarios would occur if he was in charge of a fantasy campaign budget.

As an additional tongue-in-cheek joke, the Psychology graduate also created a fake crypto-currency.

In a press release, Overend, who has been out of work for four months, asked people to "rally behind his purely hypothetical campaign" (below) and support what "could have been".

Alas while he claims to have initially sold his car - the conclusion as to whether he did or not remains uncertain... Is he really "that desperate" as he says himself?


Do you think Overend proved himself? If you are a creative director, or involved in the advertising industry, you can contact him at selfdirectedscott@gmail.com.
10SHARES
/